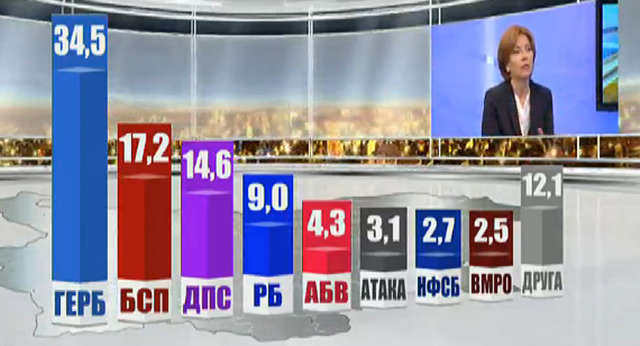 Putting figures from exit polls after municipal elections next to official results from a parliamentary election is not, of course, a fully fair comparison and should be seen only as a snapshot of political fortunes.

According to estimates by Alpha Research, GERB got 34.5 per cent of the vote countrywide in October 2015. In the October 2014 parliamentary elections, GERB got 32.67 per cent, according to official Central Election Commission figures.

In October 2015, the Bulgarian Socialist Party got 17.2 per cent of the countrywide vote, against its 15.4 per cent in October 2014. The parliamentary opposition party, however, again failed to win any major city.

The Reformist Bloc had nine per cent in October 2015, against its 8.89 per cent according to CEC figures from October 2014.

Volen Siderov’s Ataka got 3.1 per cent on October 25 2015. Were these parliamentary elections, this would be below the threshold for entry to the National Assembly. Ataka got 4.52 per cent in October 2014.

Valeri Simeonov’s National Front for the Salvation of Bulgaria got 2.7 per cent and Krassimir Karakachanov’s nationalist VMRO 2.5 per cent on October 25 2015, according to Alpha Research. As the Patriotic Front coalition, these two parties got 7.28 per cent of the vote in the October 2014 National Assembly elections.

Alpha Research said that on October 25 2015, a total of 12.1 per cent of votes went to “others”. This category, bringing together a range of minority parties and coalitions, points to the further eclipse of Nikolai Barekov’s populist Bulgaria Without Censorship party, which got 5.69 per cent in October 2014. 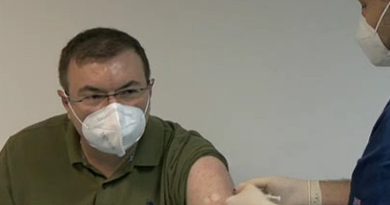