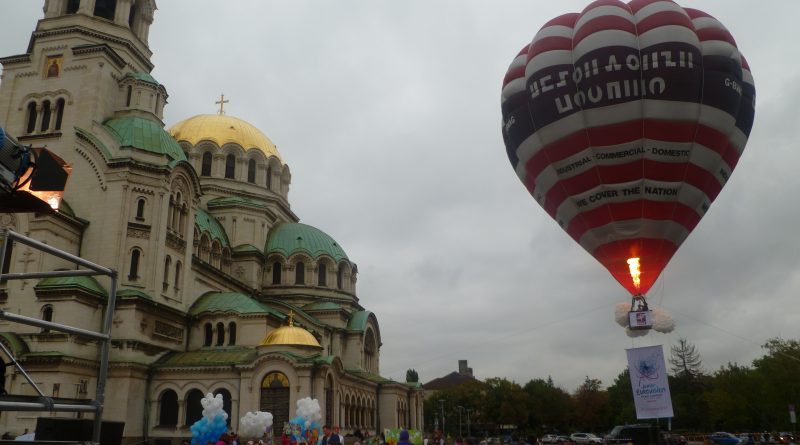 At a celebration in Sofia and 12 other Bulgarian cities on September 26, Bulgarian National Television launched at a live broadcast the anthem for Junior Eurovision 2015, “#Discover“. The country is the host for this year’s Junior Eurovision Song Contest.

The song was performed by Krisiya, Bulgaria’s contestant who was runner-up in Junior Eurovision 2014, outside the Bulgarian capital city’s landmark Alexander Nevsky cathedral. 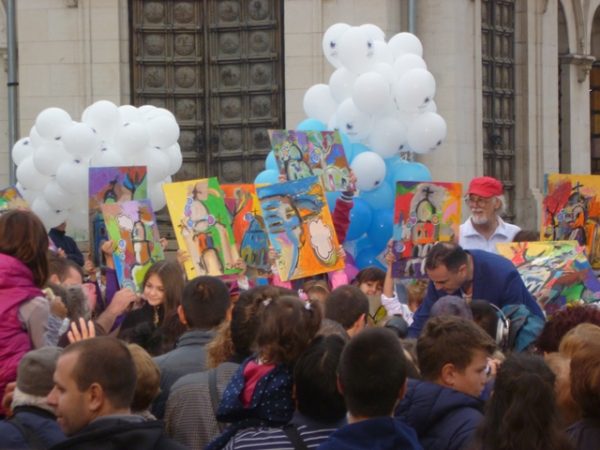 As part of the national initiative launched by BNT, “Discover Bulgaria”, in each of the cities artists, along with children from the region, painted pictures of one of the natural or historical landmarks in the area – in the case of Sofia, Alexander Nevsky cathedral.

Each of the paintings will be the invitation from Bulgarian children to their European friends, according to BNT. The aim of the campaign is to raise interest in children’s creativity and to show to Europe the beauty and culture of Bulgaria, BNT said. 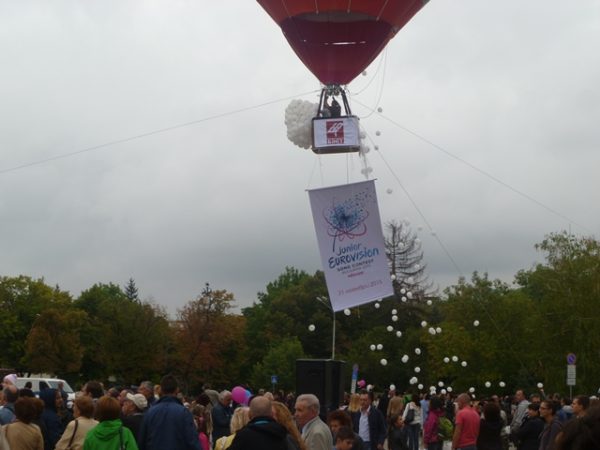 The 2015 Junior Eurovision Song Contest final is at Sofia’s Arena Armeec on November 21 at 8.30pm. 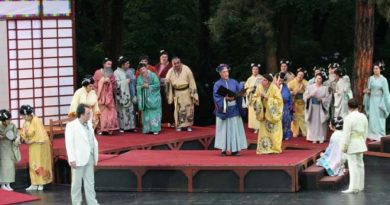