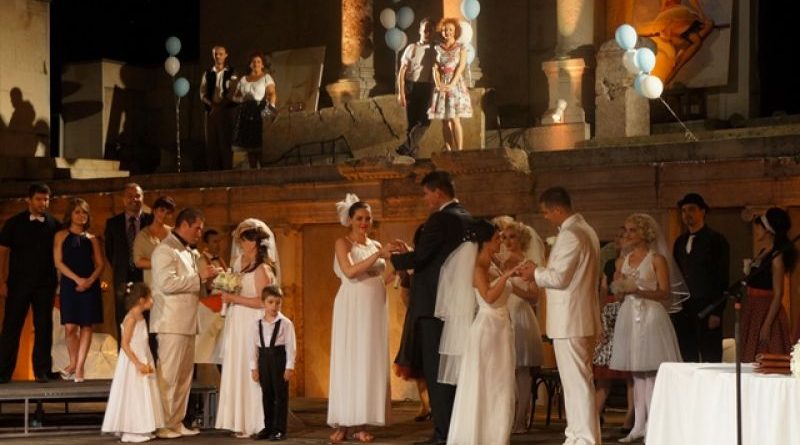 It is unusual for a wedding to have 3000 witnesses but even more so for it to take place on stage during a live performance of an opera, but that is what happened at the Ancient Theatre in Plovdiv during a production of Donizetti’s L’elisir d’amore – with not just one but three couples.

The couples whose weddings took place during the second act of the comic opera were chosen by the opera’s producers from among dozens who applied.

The weddings – which took place just before midnight on July 16 – were presided over by licensed civil marriage officers from Plovdiv municipality.

After the signing of the marriage certificates, the audience was invited to join in the celebration and dancing, through according to a report by Plovdiv Bulgarian-language site kapana.bg, few dared to take up the invitation.