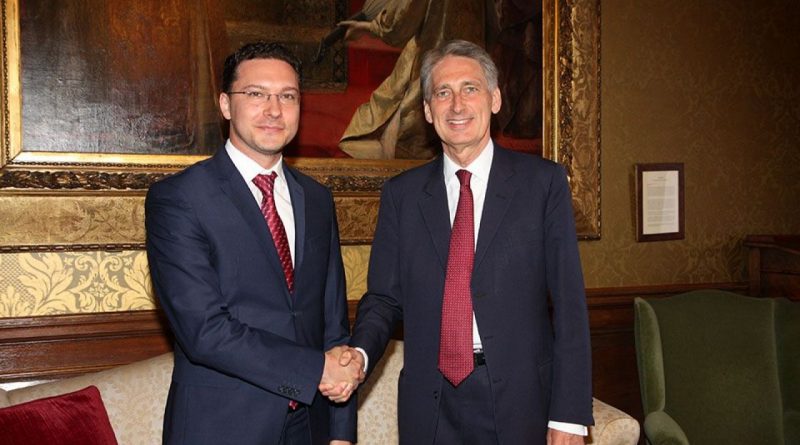 UK foreign secretary Philip Hammond briefed his Bulgarian counterpart Daniel Mitov on the main elements of the British agenda for reform of the EU and the national referendum on whether the UK should remain a member of the bloc, a Bulgarian Foreign Ministry statement on June 16 said.

Hammond emphasised the need for agreement among the EU partners on reforms aimed at increasing its competitiveness and democratic accountability in the interests of the prosperity and security of all European citizens, the statement said.

Regarding the British debate about reforming the principles of access for EU citizens to social systems of EU countries, Hammond said that the UK government was ready to discuss with its European partners possible solutions that do not discriminate against one or another category of EU citizens, and around which there could be a broad consensus among member states, the Foreign Ministry said.

The talks between the two foreign ministers were held against a long-standing background of propaganda by some British media and politicians seeking to depict Bulgarians and Romanians as social benefits cheats and a labour market burden through their rights at EU citizens.

David Cameron’s UK government intends to hold a referendum on membership of the EU by the end of 2017.

Before then, the government intends to renegotiate the United Kingdom’s relationship with the EU and pursue reform of the EU “for the benefit of all member states”.