During an interview at VOA in Washington Thursday, Vucic said Serbia wants to add alternative energy sources and pipelines that would bring gas to the country through Hungary and Croatia.

Vucic was on his first official visit to the United States as Serbia’s leader, during which he met with U.S. officials.

“U.S. officials I met want to encourage the European Union to open association talks with Serbia. Our better mutual understanding with the U.S., you’ll see, will help us to get into the EU faster. Washington is a destination of extraordinary importance for us,” Vucic said.

The prime minister also told VOA that his government is committed to finding those responsible for murdering three American-Albanian brothers who fought alongside the Kosovo Liberation Army during the late 1990s.

He said the issue did not come up in his talks with U.S. officials, but he said, “It is in our best interest to resolve this case – not just because of politics and American demands – but because that is in the best interest of law and justice.”

The U.S. House of Representatives recently introduced a resolution calling for those responsible for the murder of the three Albanian-Americans to be brought to justice.

It also said the murders “remain a significant factor” in Washington’s relationship with Serbia.

Vucic, a former pro-Russian nationalist who has become a pro-EU advocate, took up the post of prime minister in March, 2014. He has promised painful reforms to help Serbia’s economy, which has been ravaged by wars and international sanctions. 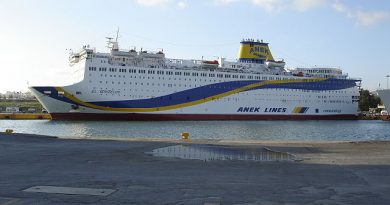 More clashes on Lesbos, as number of migrants reaches 20 000