Banev was sentenced to seven and a half years in jail for laundering money from illegal drug deals by the Sofia City Court in February 2013. The City Court also fined him 30 000 leva (about 15 000 euro) and banned him from trade activity for nine years. Banev also was ordered to reimburse the state 21 million leva in lost income.

In July 2013, Banev was found guilty on charges of drug trafficking by an Italian court, which sentenced him to 20 years imprisonment. Italian prosecutors claimed that Banev and his accomplices were responsible for the trafficking of six tonnes of cocaine from South America to Italy between 2006 and 2008. An appeal against his sentence in Italy was rejected in August 2014.

Earlier this year, reports in Bulgarian media claimed that Banev’s whereabouts were unknown and speculated that he might have fled the country.

If that was the case, he would not be the first high-profile fugitive in recent years. In May 2012, the “Galevi Brothers” – Angel Hristov and Plamen Galev, who are not actually related – disappeared on the day they were sentenced to jail on charges of organised crime, racketeering and extortion. 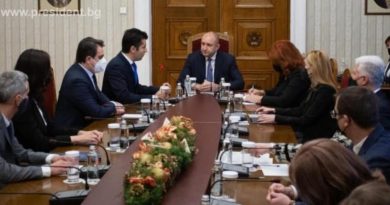