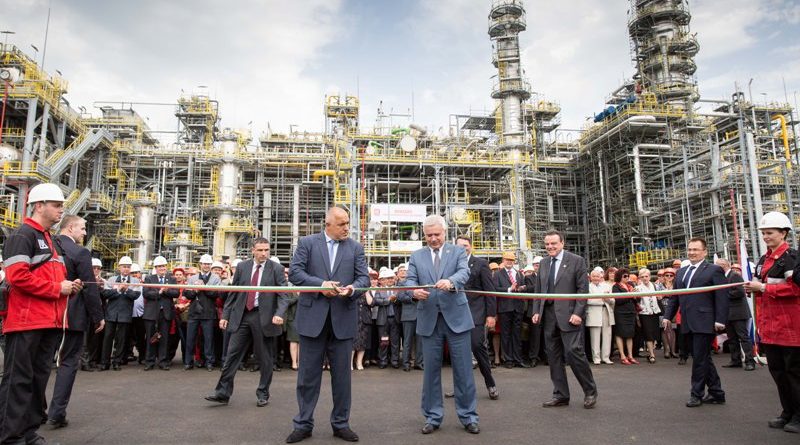 Russian oil company Lukoil opened a new facility to process heavy residue at the Neftochim refinery in the Bulgarian city of Bourgas on May 20, the company said.

The facility features a main unit to hydrocrack sludge, with an annual capacity of 2.5 million tonnes, and was built over a period of three years at a cost of $1.5 billion. The company said that the new installation will increase efficiency and raise refinery yield to 90 per cent, while also reducing the greenhouse gas emissions.

The new unit will also increase the processing capacity at Neftochim, Bulgaria’s sole crude oil refinery, from an estimated 5.5 million tonnes this year to 6.8 million tonnes starting in 2016, Lukoil chief executive Vagit Alekperov said in an interview with a Bulgarian-language newspaper.

Neftochim’s increased capacity will allow it to process crude oil from Iraq, where the company operates one of the country’s largest oil fields, in addition to Russian crude. Half of the refinery’s output will be marketed in Bulgaria and the rest will be exported to neighbouring countries, he said.

Alekperov also met with senior Bulgarian officials during his visit, including Prime Minister Boiko Borissov and President Rossen Plevneliev, who welcomed the investment – one of the largest by a foreign company in Bulgaria – and the use of innovative technologies to increase Neftochim’s competitiveness on the European markets.

(Bulgarian Prime Minister Boiko Borissov, left, with Lukoil CEO Vagit Alekperov at the ribbon-cutting ceremony at the Neftochim refinery in Bourgas on May 20 2015. Photo: lukoil.com) 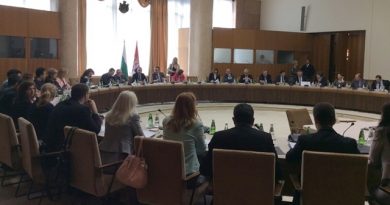 Bulgaria and Serbia talk up expansion of economic co-operation