The chief official of the regional inspectorate of environment and water in Bourgas, Detelina Ivanova, received a telephone threat after ordering a halt to construction of a building project in a protected area in Sinemorets on the Black Sea coast, Bulgaria’s Environment Ministry said.

Ivanova had issued an order halting construction, saying that the area where a Sofia-registered firm had begun construction was protected by law and the firm had not received permission to build.

The document issued by the regional inspectorate of environment and water said that Tsarevo municipality had illegally sold property near Sinemorets that for 20 years had been within the territory of Strandzha nature park.

The environmental inspectorate said that it had found that in 2005 and 2012, two sale and purchase agreements had been concluded, both in violation of the Protected Areas Act because part of the property falls within the park that is public property.

The order to stop work on the residential building on the site was issued in mid-April after it was established that building had started without permission from the environmental inspectorate.

The investor in the project, identified in the inspectorate’s documents as the Cork and Fork company, said that it would appeal against the order by the inspectorate to halt construction, local television station bTV reported.

The company is registered as being managed by the daughter of business person Nedelcho Ginin.

He told bTV that the property was not in the protected area and there were no dunes there. Ginin said court action would be the response to a complete halt to construction because the project was a “huge investment”.

Environment Ministry calls for halt to ‘Dunegate’ development at Nessebur 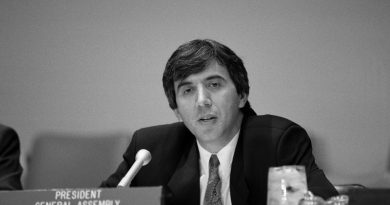