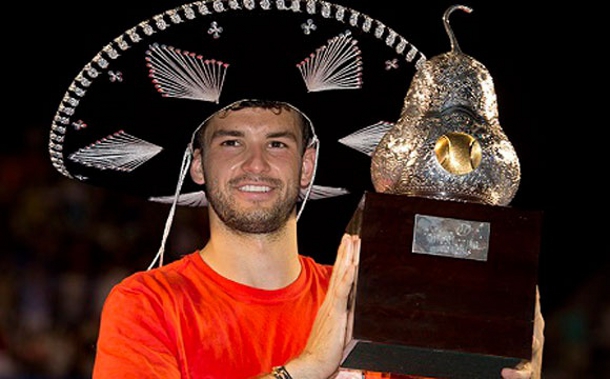 Bulgaria’s Grigor Dimitrov, who climbed back into the ATP Tour top 10 this week, begins the defence of his Abierto Mexicano Tercel title in Acapulco on February 24, against Serbia’s Filip Krajinovic.

Last year, Dimitrov won his second career title in Acapulco after beating Andy Murray and Kevin Anderson in back-to-back late-night thrillers. This year, he is seeded third and could meet Croatia’s big-serving Ivo Karlovic in the quarterfinals – Karlovic comes in having won in Delray Beach at the weekend and he won the last meeting between the two, knocking the Bulgarian out of last year’s French Open in straight sets in the opening round.

Should he progress that far, Dimitrov could face Spain’s David Ferrer in the semis, who won three consecutive titles in Acapulco between 2010 and 2012, when the tournament used clay courts (Dimitrov’s title win last year came on Acapulco’s new hard courts).

“It’s not easy conditions,” Dimitrov told the ATP Tour website. “It’s very warm and humid, so not everyone likes that. I pride myself on conditions like that. I really feel that I can do well.”

Dimitrov returned to the ATP Tour top 10 after a 17-week absence spent as world number 11, despite not playing last week, as Marin Cilic’s continued injury-forced lay-off prevented him from defending his Delray Beach title. Dimitrov’s hold on the 10th spot is tenuous, however, as he would need a successful title defence in Acapulco to avoid sliding back in the rankings.

(Grigor Dimitrov poses with his prize after winning the Abierto Mexicano Tercel in 2014. Photo: abiertomexicanodetenis.com) 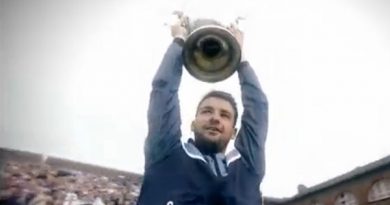