Sofia City Court said on November 20 that suspended the insolvency proceedings concerning the Corporate Commercial Bank (CCB), following an appeal against the central bank’s decision to strip the lender of its licence.

The appeal was submitted to the Supreme Administrative Court (SAC) by Bromak, the investment vehicle of CCB majority shareholder Tsvetan Vassilev. Under Bulgaria’s banking laws, the insolvency proceedings have to be automatically suspended until the high court rules on Bromak’s lawsuit.

Vassilev himself remains in Serbia, where a court is still to rule on Bulgaria’s extradition request. There has been no date set for an extradition hearing, with reports in Bulgarian media saying that the process could take more than a year if Vassilev decides to fight the extradition request all the way.

The details of Bromak’s complaint, including the grounds on which it was challenging the Bulgarian National Bank’s decision on November 6 to strip CCB of its licence, were not made public.

The case will be heard first by a three-judge panel of the SAC, whose ruling can be further appealed in front of a five-judge panel. Cases brought to the SAC rarely result in quick verdicts and it can take the court more than a year to issue a final verdict.

Sofia City Court was scheduled to hold the first hearing in the CCB insolvency case on November 24.

The appeal lodged with the SAC will have no impact on the payout of guaranteed depositor claims, scheduled to begin on December 4, but will likely delay a resolution of the CCB issue and the final settlement with the lender’s creditors for as long as Bromak’s complaint remains in litigation. 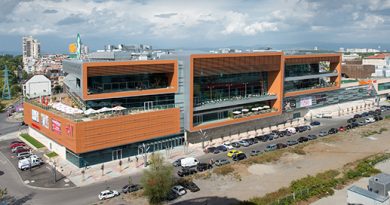