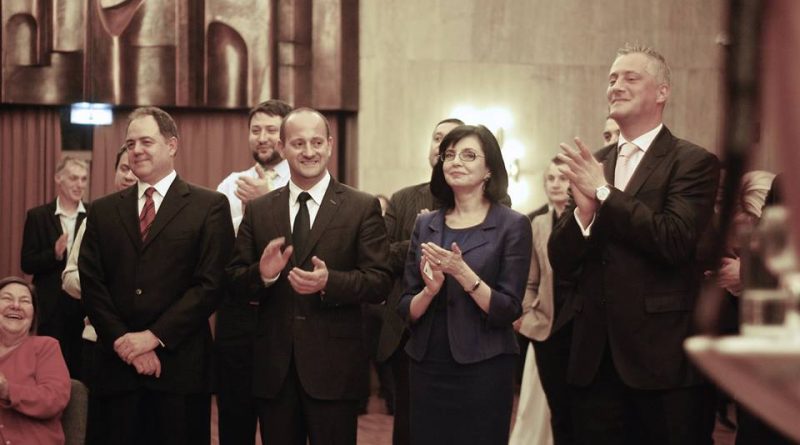 Leaders of Bulgaria’s centre-right Reformist Bloc were to meet on October 9 in a further attempt at a common position for negotiations with election winner GERB on a future government.

In a further round of television interviews before the scheduled talks among the heads of the parties in the bloc, there continued to be apparent differences not only in approach to the negotiations with GERB but even whether the bloc might split.

The leader of one of the bloc’s constituent parties, Korman Ismailov, again acknowledged the possibility of the bloc splitting up while Radan Kanev, leader of the Democrats for a Strong Bulgaria, said that “only madmen” would think of the bloc falling apart.

The Reformist Bloc was formed in 2013 by a number of small parties that either had lost all their seats in the May parliamentary elections, or never had won any. The bloc went on to win 6.45 per cent of the vote in the May 2014 European Parliament elections and 8.88 per cent – according to provisional results – in the October 2014 National Assembly elections.

It has been widely seen as the most politically compatible party to work with GERB in a coalition government. However, a number of factors complicate the issue for the Reformist Bloc, including the numerical need for support for a government from a third party, and the bloc’s own long-standing divisions on the issue of how to work with Borissov’s party.

In a television interview on October 9, Kanev said that extreme positions within the bloc were due to the youth and inexperience of individual politicians.

The bloc could participate only in a reformist government.

“This means reform of the judicial system, health care, investigations of fraud, and so on. It is necessary to have a majority, because without it reforms cannot happen.”

Kanev said that before talking about who should be prime minister, the reforms that the new government would carry out should be made clear.

He gave the example of the awarding of government contracts. “In the government you cannot have three companies that get all the orders,” Kanev said, adding that according to the construction industry, the largest construction companies in Bulgaria are linked to GERB and the Movement for Rights and Freedoms.

Asked whether the bloc would support Boiko Borissov as prime minister, Kanev said, “Do you see Borissov as a guarantee of reforms?”

Kanev expressed confidence that the October 9 meeting would produce a common position. “Overall, the Reformist Bloc is more than its differences,” he said.

Ismailov, in an October 9 breakfast television interview, said that the most important thing was to form a government with a clear specific programme.

“We will propose serious reforms,” said Ismailov, head of the People’s Party Freedom and Dignity. “Let us see whether GERB will commit to them.”

He said that it was not unimportant who would be prime minister, but if Borissov committed himself to these reforms, why not be able to carry them, Ismailov asked.

He said that right-wing voters were among the most well-informed and most critical.

“Everyone should take responsibility for his statements,” Ismailov said, referring to controversial statements by Bozhidar Lukarski, another of the leaders of one of the bloc’s parties, that the bloc’s stand that Borissov should not return as prime minister had been a pre-election “trick”.

“The process that we are undergoing is not easy but we are determined to get through it this time. We really wanted to have more consolidation, to have a single (party) president, to speak from one platform,” Ismailov said, adding that ahead lay registering the bloc as a party, further consolidation and the choice of a leader. But, he said, there was some risk of parties leaving the bloc.