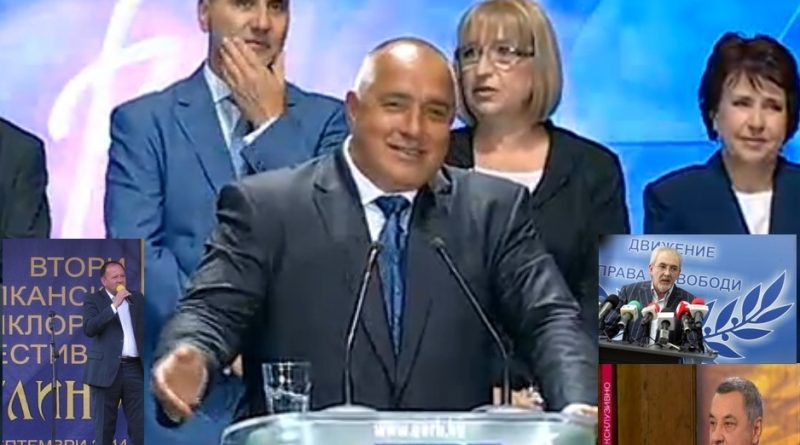 From the massive to the muted, the campaigns of Bulgaria’s political parties are getting underway ahead of the country’s ahead-of-term national parliamentary elections on October 5 2014.

GERB, Boiko Borissov’s centre-right party that is widely expected to gain the largest share of votes and a strong chance of returning to government after a year and a half out of power, staged a big-budget launch in Sofia with a reported 15 000 in attendance.

Campaigning on a platform that “it is time for a stable Bulgaria”, Borissov exhorted his party’s supporters to embark on work and discipline as the means to save the country, rather than waiting for the state to solve all problems.

Referring to the turbulence in Bulgarian public life since the beginning of 2013, Borissov said that “it is not a stable country that has elections every year”.

Proceedings began with a campaign video outlining the GERB governance platform for the next four years, with an emphasis on the need for a strong economy and energy sector, while sharply critiquing the May 2013-August 2014 cabinet that had been in place with a mandate handed to the Bulgarian Socialist Party. 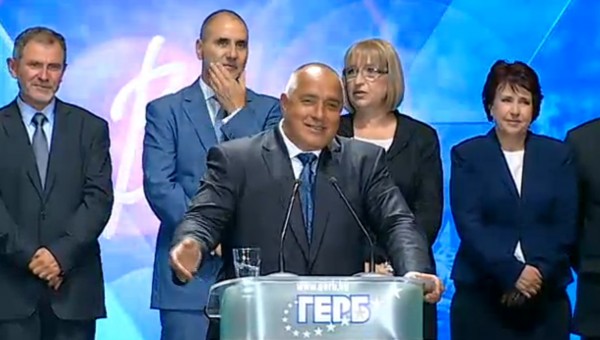 “GERB is the only party that has a comprehensive governance programme and that relies on reforms to make up what we lost in recent months,” Borissov said.

A day earlier, Bulgarian Socialist Party Mihail Mikov – elected on July 27 to replace long-standing leader Sergei Stanishev at the head of the troubled party – said that the “apocalyptic portrait” of Bulgaria that was being painted by GERB was an attempt to justify what Mikov said were the plans of Borissov’s party to raise taxes and electricity prices.

Mikov said that GERB were going into the election with a desire for revenge, already being conducted through the caretaker cabinet, “even before they have won the election”.

The BSP leader said that the truth was that when the party had left power, it had increased the fiscal reserve to eight billion from four billion leva.

Mikov said that had the South Stream project been able to go ahead, the BSP would have been able to meet its promises of job creation and increased budget revenue.

The BSP, which has a campaign slogan of “a decent living in a fair country – it’s possible” had a low-key official campaign launch on September 5, the first day of the official election campaign period.

Mikov said that the party was in for a tough campaign in which the Bulgarian right would mobilise financial, media and organisational resources “to break what we started in left-wing policies during our short term in office”.

BSP campaign promises, apart from the resumption of work on South Stream, include “taking active steps” to building the Belene nuclear power station project (formally halted when GERB was in power), opposing exploration for and extraction of shale gas, the introduction of progressive taxation on personal and household income and the “reindustrialisation” of Bulgaria.

The Movement for Rights and Freedoms – the party traditionally led and supported in the main by Bulgarians of ethnic Turkish descent and which formerly had a track record of governing in coalition with the BSP – would be conducting a “positive campaign,” MRF leader Lyutvi Mestan said on September 6.

Mestan said that every morning on television, he heard other parties saying, “we will not form a coalition with the MRF”.

“Why?” said Mestan, who said that his party was not the problem in Bulgarian politics.

He said that his party held that the country needed a smooth transition to democracy and had contributed to this transition, adding that the transition would not be achieved through revenge.

Mestan said that he had conveyed to the President and the caretaker Prime Minister his concern because he had recently spotted a “dangerous trend” of dismissals of officials on political grounds. This would not lead to stability, Mestan said.

The far-right ultra-nationalist coalition the Patriotic Front – made up mainly of the National Movement for the Salvation of Bulgaria (NFSB) and the VMRO – also held a campaign launch on September 7.

NFSB leader Valeri Simeonov said that the coalition’s main priorities were the revival of Bulgaria’s econony and increasing incomes.

He said that there should be an end to massive smuggling of fuel, cigarettes, alcohol, vegetables and Chinese goods.

Other priorities included urgent rehabilitation of the banking system and resumption of the operations of Corporate Commercial Bank as soon as possible.

Further, the coalition wants to address – among other things – the demographic crisis mainly among those of “Bulgarian ethnicity”, an end to the influence of “foreign monopolies”, an end to the “appalling theft of Bulgarian history by the Macedonian government”, maximum neutrality regarding the conflict in Ukraine, and a law compelling that the Bulgarian flag be flown outside every religious house of worship, irrespective of the religion.

In other political news, four people, including an election candidate from the centre-right Reformist Bloc, were arrested in Sofia on the night of September 6 after allegedly daubing “Occupiers” on the Soviet Army Monument in the Bulgarian capital city.

Election candidate Marta Georgieva was released from custody on September 7 because, as an MP candidate, she has immunity from prosecution.

The Soviet Army Monument, which commemorates the September 1944 entry of the Soviet army into Sofia, has in recent years been a frequent canvas for redecoration in protests against the communist legacy in Bulgaria and also against Russia’s illegal actions in Ukraine. 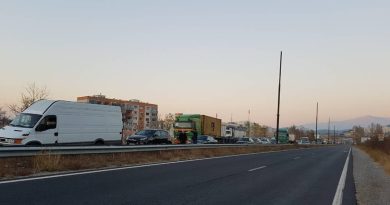