Greek journalists called a 24-hour strike Tuesday morning protesting a draft law affecting media and advertising companies. An amendment was brought to parliament on August 1 in a bill on health issues which introduced sweeping changes to the framework within which the media operate.

Journalist unions argued that the bill would lead to concentration and layoffs in the sector. “The amendment allows media groups to merge with the excuse of reducing costs but in effect provides indebted businessmen a path to safety,” the unions said in statement.

Proponents of the new law respond that on the contrary it helps several publishing firms to keep afloat by uniting forces. Opponents say it will harm competition and will allow indebted media moguls to survive at the expense of employees and smaller media.

Media shops also strongly oppose the amendment as it allows the media to directly charge companies for advertisements, abolishing their 9.9 per cent commission. Media shops will now be paid only by their clients directly. Media owners will also be allowed to set their own prices for adverts without media shops coming into the picture. 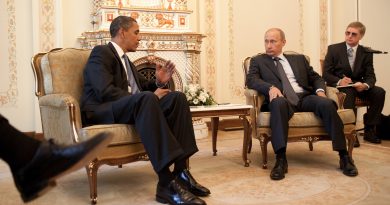 Obama: US, EU prepared to penalise Russia for Crimea ballot