Pro-Russian separatists have clashed with Ukrainian forces in eastern Ukraine, leaving at least eight Ukrainian soldiers dead and 17 others wounded.

Another soldier was killed and two others wounded in an attack in the Luhansk region.

Also Thursday, NATO chief Anders Fogh Rasmussen said there was some Russian troop activity near the Ukrainian border that “may suggest some of these forces are preparing to withdraw.”

Western countries have protested Russia’s deployment of tens of thousands of troops to the area, expressing concern Russia may be preparing an invasion after annexing Crimea in March.

Russian officials have said multiple times in the past few weeks that the troops would pull back from the border.

Rasmussen said Thursday on Twitter that he hoped the troops movements were the start of a “full and genuine withdrawal,” but also cautioned that most of the Russian forces remained near the border.

He called on Russia to meet its international commitments, particularly as Ukraine prepares for its presidential election on Sunday.

Romania set to lose 7B euro in EU funding – report 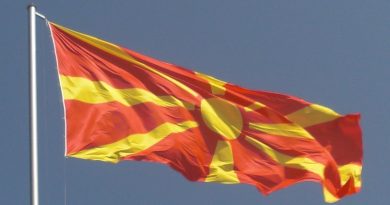