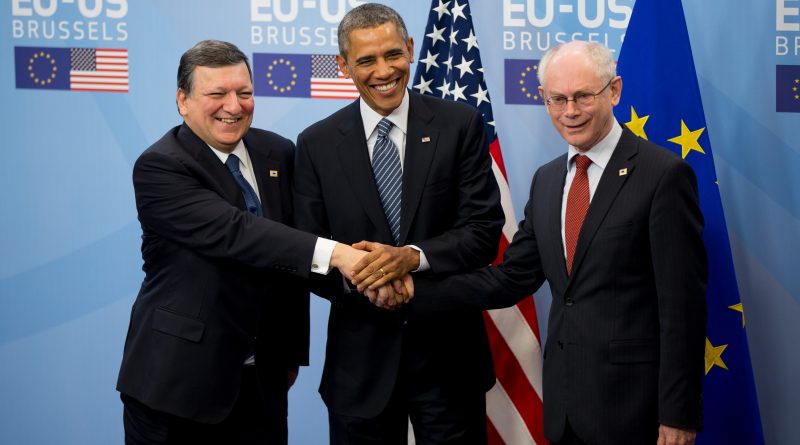 Wrapping up meetings with European officials in Brussels, U.S. President Barack Obama said that Europe is America’s closest partner and called for a united front for Russia to “feel the consequences of its actions in Ukraine.”

Referring to Russia’s annexations of Crimea, Obama said that Moscow’s  “actions in Ukraine are not just about one country,” but about the respect of sovereignty and territorial integrity of all countries, and about respect of international law.

Obama said that the U.S. and the EU are forming a united front and that consequences for Russia will continue to grow in response to its actions in Ukraine.

He added that there is still a way for Russia to deescalate the situation through diplomacy.

Obama also said NATO needs a regular presence in countries that feel vulnerable to Russia, and expressed concern about declining defense budgets in some European countries.

Asked about the prospect of NATO membership for Ukraine and Georgia, Obama said that there were no immediate plans to expand the alliance.

In earlier talks with NATO officials, President Obama will reassure allies of U.S. support and urge members to provide assistance to the Ukrainian government. He then travels from Belgium to Italy, where he will meet with Pope Francis.

Speaking to reporters Tuesday following a nuclear summit in The Hague, Obama said Russia was acting “out of weakness” in its annexation of Crimea He said the international community would never recognize Russia’s takeover of Crimea, but that a military response from the West was unlikely.

On Monday, President Obama and leaders from Britain, Canada, France, Germany, Italy and Japan said they were suspending their participation with Russia in the G8, until Moscow “changes course.”

But Russian news agencies quote a Kremlin spokesman as saying Russia is ready for and interested in continuing contacts with its fellow G-8 countries.

The current instability surrounding Ukraine began last November, when then-President Viktor Yanukovych backed off from signing a trade agreement with the European Union in favor of closer ties with Russia. The move led to weeks of anti-government protests in Kyiv that forced the pro-Russian Mr. Yanukovych to flee the country last month.

People in Crimea voted last week in a highly controversial ballot to secede from Ukraine and join the Russian Federation, a move quickly embraced by Russian President Vladimir Putin. The United States and the European Union say the vote violates Ukraine’s constitution and is illegal.

Russia, meanwhile, is showing no signs of pulling its forces from Crimea, and Ukrainian troops have withdrawn from installations there. On Tuesday, Ukrainian marines began leaving Crimea by the busload as Russian forces took control of the last remaining military base under Ukrainian control. 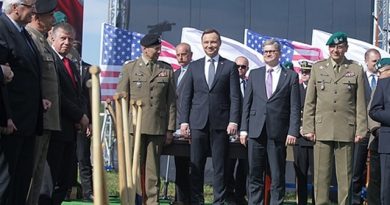