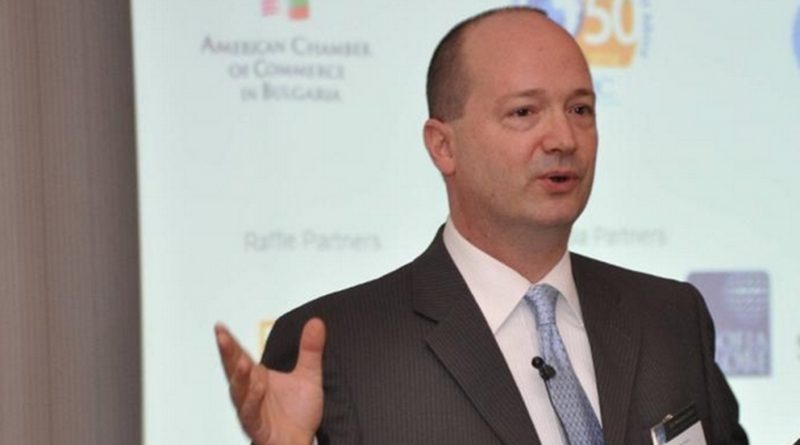 Worldwide IT spending will reach $2.14 trillion in 2014, about 5.1 per cent higher than in 2013 and almost one point higher than 2013’s growth rate, according to Tony Vavra, associate vice president of IDC for the Central and Eastern Europe, Middle East and Africa region.

Vavra was speaking on March 11 2014 at the conference IDC Predictions 2014: Battles for Dominance and Survival on the Third Platform, hosted by IDC and the American Chamber of Commerce in Bulgaria at the Sheraton Sofia Hotel Balkan in the Bulgarian capital.

Presenting his company’s predictions for 2014, he said that at 13 per cent, smartphones and tables would lead 2104 growth, accounting for more than 60 per cent of total IT market growth. Excluding mobile devices, IT growth would be only 2.4 per cent.

The Third Platform would dominate growth, up by 15 per cent, driving 29 per cent of 2014 IT spending, and 89 per cent of growth.

He said that IDC saw emerging markets as shaping the Third Platform.

In 2014, the number of smart connected devices shipped in emerging markets would be almost double that shipped in developed markets.

Over the next seven years, emerging markets cloud spending would grow sevenfold, against threefold in developed markets.

In 2014, overall, sales of smartphones and tables would exceed that of PCs by 2:5:1. The slide in sales of PC would continue.

Cloud spending would exceed $100 billion, growing by 25 per cent and skewing towards public – shared – cloud services.

The “digital universe” would expand, with 50 per cent data growth in 2014 to six trillion terabytes.

Vavra told the conference that “the Third Platform is with us now and here to stay”.

He underlined the significance of the Third Platform, saying that while it was the prerogative of decision-makers in business to ignore the trend if they chose to do so, but companies that fell into the category of not being Third Platform-enabled would be hampered in terms of flexibility, innovation and taking up opportunities.

Answering questions, including on concerns about cybercrime and the security of cloud, Vavra said that one of the biggest barriers to making such a change was psychological and caution about adaption.

In the region of Central and Eastern Europe, generally speaking companies were slower to adapt to innovation because of a “healthy grain of scepticism”.

He said that after the crisis, some companies had concluded that cuts to IT spending to save money had done them no great harm, “we survived without spending all that money on IT,” as he presented this point of view.

Psychology was a major inhibitor in embracing such change, “but that is not necessarily a bad thing,” he said.

On security, he said that this was an issue that always had to be at the forefront.

“Is there still room for improvement? Absolutely. There will have to be a broad rethink in the IT industry about what security means. My hope is that security becomes a more important topic.”

Vavra said that over the past years, a shift had been seen in attitudes towards changing to the cloud.

As to the region, CEE companies were typically sceptical about having their data stored somewhere else.

Iravan Hira, managing director of HP Bulgaria, told the conference that the data explosion was pushing the limits of today’s data centre.

He warned that today’s approaches were unsustainable: “Your business and apps don’t run in silos, nor should your IT”.

A new style of IT was demanded, and was emerging, he said.

Hira added that moving to cloud had boosted sharing information and providing feedback to customers.