There is currently no direct threat of a flow to refugees to Bulgaria because of the crisis in Ukraine, interior minister Tsvetlin Yovchev said on March 5.

Yovchev told a March 5 news conference that even if there was an influx of refugees, “the country will be prepared”.

There was considerable turbulence in Bulgarian politics in 2013 as the current government struggled to cope with a significance increase in refugees arriving in the country because of the crisis in Syria.

Yovchev said that while currently there was no heightened risk of a refugee wave, “we have to plan the necessary measures”.

These measures would be planned and immediately implemented, according to Yovchev.

The extent of the measures and changes to them would be determined by the situation in Ukraine, he said.

According to Yovchev, should the situation escalate and a refugee wave result, this in turn could lead to xenophobia in Bulgaria and turn into a genuine threat.

In 2013, the refugee situation had a spinoff in xenophobic incidents and statements in Bulgaria.

Yovchev repeated that a national crisis headquarters was to be set up to carry out continuous monitoring of key areas that could affect the national security of Bulgaria.

This monitoring also would include the gas supply situation. Yovchev said that the government’s evaluation was that stocks of gas and oil were sufficient to be be able to cope with a short-term cutoff.

On March 4, the economy ministry said that Bulgaria had sufficient gas supplies to serve domestic needs for two months.

Yovchev said that while currently there were no indications of possible harmful consequences from the situation in Ukraine, “it does not mean that we should be indifferent, on the contrary, we must be on the alert. This is the idea and the goal of the measures that we have taken”.

(Photo of a Russian military vehicle: EuroMaydan via Facebook) 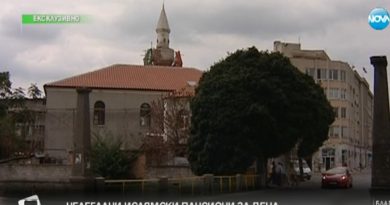