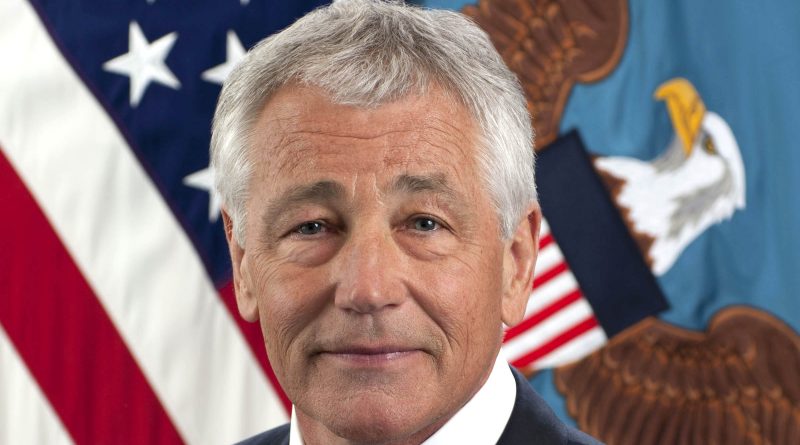 The United States has canceled military exercises with Russia over its actions in Ukraine, while boosting military contacts with NATO partners and other nations in Eastern Europe.

“This is a time for wise, steady, and firm leadership. And it is a time for all of us to stand with the Ukrainian people in support of their territorial integrity and their sovereignty. And we are doing that,” Hagel told a told a Senate panel adding that the United States is focused on de-escalating the crisis and supporting the Ukrainian government in the face of Russian intervention.

According to Hagel, the U.S. military is stepping up joint training through an aviation detachment in Poland and boosting participation in a NATO air policing mission.

Hagel said he aimed to speak with his Ukrainian counterpart on Wednesday and that the top U.S. military officer, General Martin Dempsey, had spoken with his Russian counterpart earlier in the day.

Also testifying was the Chairman of the Joint Chiefs of Staff, General Martin Dempsey, who said that Russia’s actions gave him “very little choice” but to recommend a suspension of U.S.-Russian military exchanges.

“I spoke this morning with my Russian counterpart, General Valery Gerasimov [Chief of the General Staff of Russia’s armed forces]. I conveyed to him the degree to which Russia’s territorial aggression has been reputed globally. I urged continued restraint in the days ahead in order to preserve room for a diplomatic solution,” Dempsey said.

Some Republican lawmakers accuse the Obama administration of weakness and naïveté on the world stage that all but invited Russian aggression towards its neighbor.

Senator John McCain said President Obama “does not understand” Russian President Vladimir Putin nor his ambition to resurrect “the Russian empire.” Democratic Senator Chris Murphy noted that Russian intervention is not new, including incursions into Georgia during the administration of former Republican President George W. Bush.

The administration has already announced a $1 billion economic aid package to Ukraine’s government to help stabilize the Ukraine economy and support elections set for later this year. Hagel called the aid package “particularly important” along with diplomatic efforts to peacefully resolve the crisis.