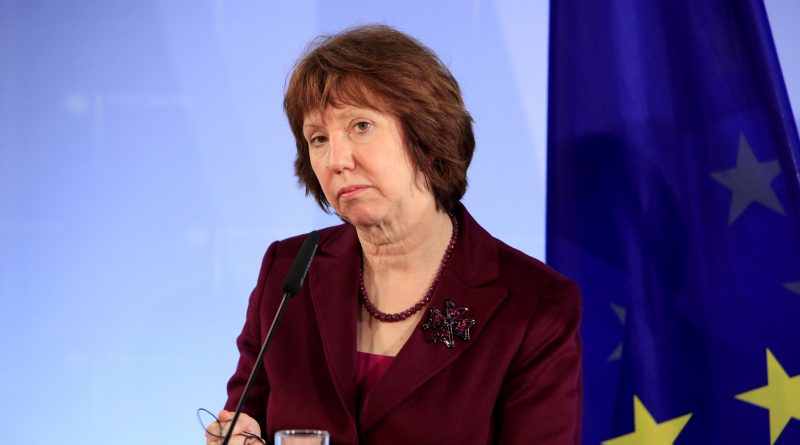 Europe
February 11, 2014February 11, 2014 Henry Ridgwell of VOANews Ukraine
The European Union has called for the formation of a new government in Ukraine, to be followed by free and fair presidential elections. But it stopped short Monday of calling for sanctions. Anti-government protests erupted in November after President Viktor Yanukovych backed out of signing a trade deal with the European Union.Barricades still block off the heart of Kyiv as the standoff between protesters and the government enters its third week.

The opposition’s demand that Yanukovych step down has been amplified by the European Union.

Meeting in Brussels Monday, EU foreign ministers issued a joint statement urging the formation of a new government and constitutional reforms that would pave the way to free and fair presidential elections.

“We are working closely with civil society leaders who I’ve spent some time with, talking about their issues and concerns,” said Catherine Ashton, EU foreign affairs chief. “The importance of stopping any form of violence; bringing to justice those who have perpetrated that violence; and moving forward to the work of the parliament on constitutional reform which is a key part of trying to solve this crisis; and onwards to free and fair elections.”

As the EU offers closer trade ties, it has stopped short of imposing sanctions.

But Orysia Lutsevych of the London-based policy institute Chatham House says the EU should target the wealthy backers of Ukraine’s leadership.

“The oligarchs, the business people. And I’m not talking here about sanctions as such. I’m talking about the existing legal basis of scrutiny of financial accounts in European banks of politically exposed people,” she said. “And we do know there are senior government officials in Ukraine who are banking in Europe – and the source of this funding is quite dubious.”

Yanukovych turned away from signing a trade deal with Europe in November, choosing a loan agreement with Moscow.

All eyes are now on Russia as it hosts the Winter Olympics. Once that scrutiny is lifted, many protesters in Ukraine fear another crackdown by authorities – backed by Russia.

“There are some really quite worrying comments coming out of Moscow about Moscow’s thinking that maybe Ukraine would be better if it were federalized, which I think is code for some sort of split between east and west,” said Ian Bond, who is from the analyst group, Center for European Reform.

As the geopolitical rivalry plays out, the protesters say they will not leave their barricades until their demands are met.