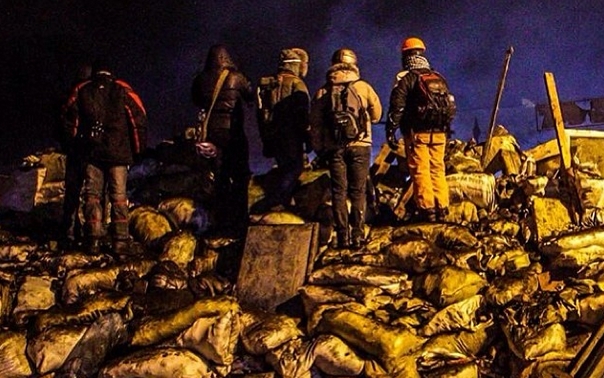 Opposition leaders say they will continue demonstrations until their calls for an early election, release of detained protesters and a repeal of anti-protest laws are met.

Earlier Sunday, protesters in central Kyiv blocked a government building with police inside. Demonstrators threw stones and smoke bombs while police fired stun grenades and tear gas. Police and security forces later left the building after a corridor was created.

On Saturday in Kyiv’s Independence Square, Arseniy Yatsenyuk told a crowd of protesters the opposition is “not afraid” of accepting more political responsibility. He said, however, that President Yanukovych must still meet several key opposition demands and that talks will continue.

Yanukovych had offered the prime minister’s job to Yatsenyuk, and the post of deputy prime minister to former boxer Vitaly Klitschko. The move came a day after the president agreed to reshuffle his government and amend controversial new anti-protest laws.

Klitschko joined Yatsenyuk Saturday, saying Yanukovych had agreed to demands including the release of arrested protesters and the rescinding of recent changes to the constitution. Klitschko said, however, the protests will not stop until all demands are met.

The crisis in Ukraine was spawned by Yanukovych’s November 21 decision to back out of a trade agreement with the European Union in favor of closer economic ties with Russia.

The decision resulted in a multi-billion-dollar bailout from Russia that analysts say staved off near-certain bankruptcy for the impoverished country. Pro-European protesters were angered by the turn toward Moscow and took to the streets of Kyiv, where they have maintained a presence ever since.

The protests have spawned deadly clashes between demonstrators and police.

European Parliament President on Greek referendum result: ‘This is a difficult day’