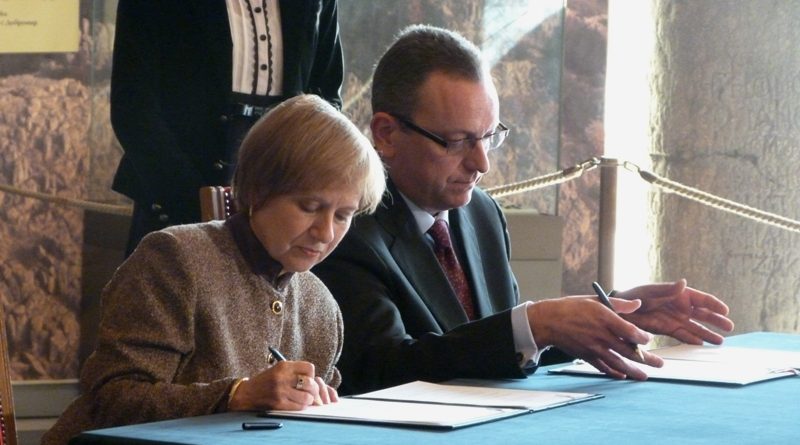 Bulgaria and the US signed on January14 a memorandum of understanding on the protection of cultural heritage, meant to prevent the illicit trade of Bulgarian cultural heritage items and allow the return to Bulgaria of such items smuggled into the US.

The agreement was signed by US ambassador to Bulgaria Marcie B. Ries and Bulgaria’s Culture Minister Petar Stoyanovich at the National History Museum in Boyana.

The agreement authorises the US department of homeland security to prevent the import into the United States of Bulgarian cultural heritage items without a licence issued by the Bulgarian government and commits the US government to publish a list of prohibited items, which are to be seized unless the importer presents such a license.

The import restrictions will apply to a broad range of archaeological and religious items, as set forth in a designated list, to be published in the US Federal Register in the coming days, Ries said.

In addition to the import restrictions, the memorandum promotes further cooperation and information sharing between US and Bulgarian law-enforcement agencies.

“Of course this agreement will not eliminate the problem overnight. We recognise that and we also recognise that we must continue to work creatively together to preserve what we all recognise to be an invaluable cultural heritage. This agreement is of importance for its substance but also because it means more cooperation on a daily basis in the area of culture which is of importance to both Bulgarians and Americans,” Ries said.

(US ambassador in Sofia Marcie B. Ries and Culture Minister Petar Stoyanovich signing the agreement on January 14. Photo: mc.government.bg)