Troika inspectors leave Athens without an agreement with the Greek government over the crucial issues that must be settled in order for Greece to receive the next tranche of its EU-IMF sponsored rescue loan.

After two meetings with finance minister Yannis Stournaras and one with administration reform minister Kyriacos Mitsotakis on Wednesday, the troika leaves without signing off on the 2014 budget, which will be table in Parliament Thursday. This means a supplementary budget will probably be submitted to include changes agreed with the country’s lenders, when an agreement actually occurs.

Both sides are reportedly keen on striking a deal before the Eurogroup meeting on December 9. An agreement will have to be reached on next year’s fiscal gap as well as cost-cutting measures to bridge any fiscal gaps for 2014 – and, quite possibly, 2015 as well.

There was some progress, however, made Wednesday as troika inspectors rubber-stamped the first wave of public sector layoffs, agreeing that the administrations reform ministry had made substantial progress and gave minister Kyriacos Mitsotakis more time to add the second set of civil servants to the mobility scheme that will eventually see them moved to other posts or laid off. 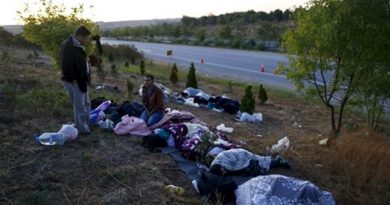