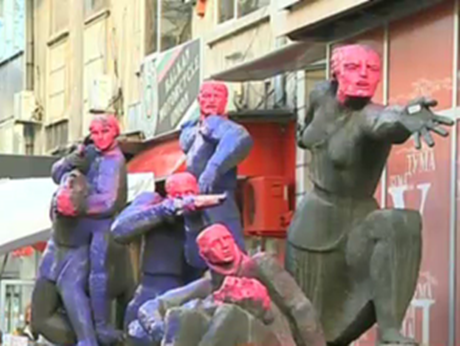 Six people, reportedly including well-known anti-government Protest Network blogger Assen Genov, were arrested in the early hours of November 7 2013 for spraying pink and purple paint on a monument to communist partisans outside the Bulgarian Socialist Party headquarters in Sofia.

At the base of the monument, the words “BCP – Shame” and the question “Who?” were spraypainted, the latter a reference to the continuing question among Bulgaria’s anti-government protesters about who really was behind the controversial failed nomination of Delyan Peevski, scion of a media-owning family and a member of ruling axis party the Movement for Rights and Freedoms, as head of the State Agency for National Security.

The six, four men and two women, were arrested after being seen by a police patrol. The group had spraypaint and gloves.

Before and during the months of anti-government protests in Bulgaria, communist-linked monuments have been the subject of protest artwork, including the Soviet Army monument in central Sofia and the Alyosha monument in Plovdiv. 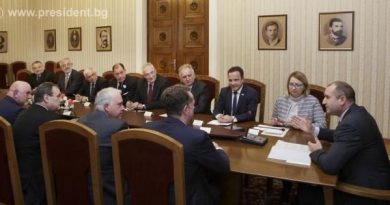