A survey in nine European Union countries of Jewish people’s experiences and perceptions show that three-quarters of respondents feel that anti-Semitism has worsened in the past five years, particularly as concerns anti-Semitic comments and hate speech online, the European Jewish Press reports.

The survey by the Vienna-based Fundamental Rights Agency (FRA), an EU agency which provides the EU institutions and Member States with independent, evidence-based advice on fundamental rights, will be presented on November 8, on the eve of the anniversary of the anti-Jewish pogroms that took place 75 years ago.

The results will be published alongside FRA’s annual overview of anti-Semitism in the EU, which brings together statistical data on anti-Semitic incidents collected by governmental and non-governmental sources.

The objective is to help EU decision-makers develop effective measures to counter the recurrent problem of anti-Semitism.

Other issues included in the survey concern anti-Semitic violence experienced by respondents, their families or friends, avoidance of wearing or displaying Jewish symbols in public –such as the kippah, the head covering- and the impact of events in the Middle East on the safety of Jews living in Europe.

In France, 40 per cent of the Jews who responded said they avoided wearing kippah in public, followed by Belgium with 36 per cent, the results showed.

In total, 22 per cent of respondents said they avoided “Jewish events or sites” because of safety concerns.

The survey also addressed exposure to stereotypes such as Jewish responsibility for the economic crisis or that Jews are not integrated into the societies of the countries in which they live. 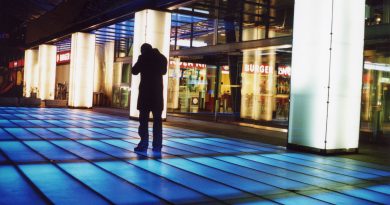 Unemployment rises in Spain with no relief in sight