The ministers also exchanged views on backstop arrangements for bank resolution funds, including in the context of upcoming asset quality review and stress test exercises to be undertaken next year.

“The decision on the Single Supervisory Mechanism is particularly important. It will set up one of the pillars of the Banking Union and will certainly add to the credibility of the European financial system,” ECOFIN chairperson Lithuanian finance minister Rimantas Šadžius said.

“We are efficiently moving forward. Backstop arrangements are very important not only for our work on the Single Resolution Mechanism but also for the upcoming asset quality review and stress tests.” Šadžius said.

The council agreed that joint guarantees for new loans were the preferential way, at the current stage, to fostering access of small and medium-sized enterprises to finance, but emphasised that work should continue to make the use of the options involving securitization elements possible as well, according to a statement by the Lithuanian presidency of the EU.

The options were proposed by the European Commission and European Investment Bank earlier in the year.

“The ECOFIN President will now inform the European Council and the Heads of State will define the exact way forward regarding the implementation of the SME initiative in their upcoming meeting on October 24–25,” the statement said.

“With SMEs being at the heart of the economy, we believe that our guidelines for the work in this area will contribute to fostering of growth in Europe and provide additional motivation for creating jobs. We believe the guarantees will encourage banks and other financial institutions to increase lending for the benefit of SMEs,” Šadžius said. 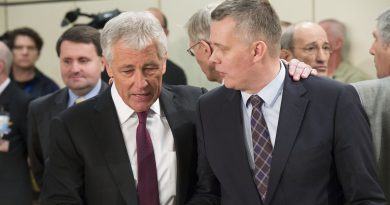 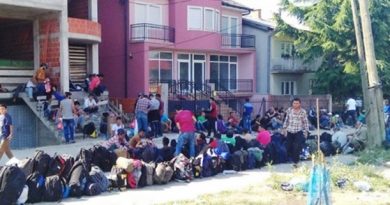 Migrants refuse to stay in Serbia