Europe
September 30, 2013September 30, 2013 Dorian Jones of VOANews Turkey
Turkish prime minister Recep Tayyip Erdogan has announced a package of reforms aimed at strengthening democracy and keeping on track a faltering peace process with the Kurdish rebel group, the PKK. The announcement follows calls on the part of the European Union, which Ankara is seeking to join, for Turkey to introduce urgent reforms.Erdogan described the unveiling of his democratization plan as an historic moment.  While addressing a wide range of issues, the reform package focuses heavily on Kurdish minority rights.

The plan eases decades-long restrictions on the Kurdish language, lifting a ban on the use of Kurdish alphabetical letters and permitting private schools to teach in Kurdish along with Turkish. The prime minister also said he will consider changing the current requirement that political parties win at least 10 percent of the vote to gain parliamentary representation – a key demand of pro-Kurdish rights campaigners.

Cengiz Aktar, a political scientist and columnist for the Turkish newspaper Taraf, says such reforms are important. But he warns the overall package may not help to forward the peace process with the PKK.

“There are symbolic positive moves in it, but they don’t really address the resolution of the Kurdish conflict,” he said.

Last month, the PKK blamed Ankara’s failure to introduce reforms for its decision to end its withdrawal of fighters from Turkey, which was part of a government-initiated peace process. The PKK has been fighting the Turkish state for more than three decades to win greater minority rights, including local autonomy and mother tongue education in state schools.

Ertugrul Kurkcu, a parliamentary deputy with the pro-Kurdish Peace and Democracy Party, or BDP, says that the shortcomings in the reform package will not necessarily mean a return to arms, but that they will have consequences.

“Looking at the package, you can see that none of the political demands are met. But there is no reason to resume the armed struggle,” said Kurkcu. “Therefore, the negotiation process will continue, but with little encouragement by this new package. The Kurdish political movement, they are  now all going to launch a mass struggle for immediate recognition of their demands.”

The BDP has also strongly criticized the democracy package for failing to amend the country’s anti-terrorism laws, which it claims are responsible for the jailing of thousands of its members. Emma Sinclair Webb, Turkish researcher for the New York-based group Human Rights Watch, welcomes some reforms, but says failure to amend the anti-terror laws is a serious omission.

“We don’t see attempts address some of the most crucial flaws in the criminal justice, where people spend a long time in prison for terrorism offenses when they have only committed activities that, you know, amount to free speech and political association,” she said. “Over the last four years, 40,000 people have been put on trial for being members of terrorist organizations, and at least half of them have got convictions.”

The European Union, which Ankara is seeking to join, has also called for urgent reform of the anti-terrorism laws, especially as many of those who have been convicted are journalists. According to international human rights groups, Turkey is the world’s worst jailer of journalists. Next month, Brussels is due to publish Turkey’s annual EU membership progress report, the contents of which will be key to it deciding whether to restart the membership process, which has been frozen for three years. Observers say press freedom remains a particular concern for Brussels.

At the same time, Erdogan did make some concessions to Turkey’s small Christian minority – another area of concern for Brussels. According to political scientist Aktar, with presidential elections due to take place in 2014, the package is finely balanced against electoral considerations

“Everything which is included was very cautiously weighted against any negative apprehension of nationalist voters, because the prime minister thinks the only solid constituency from which he can gain votes is the nationalist voters,” he said.

Analysts say the fact that the democratization plan includes lifting a ban on women wearing religious head scarves in public buildings is aimed at addressing an important demand of the prime minister’s grassroots religious supporters. The success or failure of Erdogan’s political balancing act is expected to be key in both the ongoing peace efforts with the PKK and Ankara’s EU hopes. 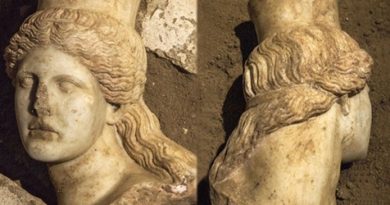 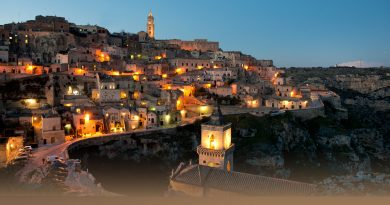