The European Commission said on September 26 that it has closed the infringement procedure against Bulgaria for applying additional requirements to non-Bulgarian EU citizens wishing to vote or stand as a candidate in local and European elections.

Such additional requirements included having to provide the number and date of their residence certificate. “Following changes to Bulgarian law, the Commission has decided to end legal action against the country,” the Commission said in a statement.

The EC said that it had identified such obstacles to EU citizens’ voting rights in their country of residence in a total of 11 member states since 2010. These have been resolved in all but three countries – the Czech Republic, Slovenia and Slovakia – the law is currently being amended or changes are due to enter into force.

“In May 2014, European citizens will have the chance to vote in the next European elections. This is the key moment in Europe’s democracy and I want them to make their voices heard on their future in Europe,” European commissioner for justice, fundamental rights and citizenship, Viviane Reding, said in the statement.

“That is why the European Commission has taken decisive action to make sure that the 8 million EU citizens of voting age who live in another EU country can effectively use their right to vote – both in European and local elections,” she said. 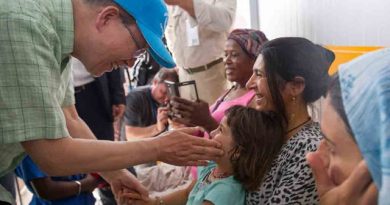