Men in Eastern Europe and Central Asia are more likely to die prematurely than women, a trend driven by rising levels of chronic diseases connected to alcohol use, poor diets, and smoking, according to a new report by the World Bank and the Institute for Health Metrics and Evaluation (IHME).

In the region, the number of years of healthy life lost because of ischemic heart disease, or coronary artery disease, increased 18 per cent between 1990 and 2010, cirrhosis 82 per cent, and diabetes 11 per cent. Alcohol use disorders also increased by 11 per cent and cause more early deaths and disability than two decades ago.

While women saw their mortality rates decline over four decades, men in some age groups have experienced increases in mortality and others have seen little or no progress. For men aged 25 to 29, mortality rates were nearly the same in 2010 as they were in 1970, despite improvements for men globally in this age group. For men aged 45 to 59, mortality rose between 1970 and 2010, and researchers attribute this in large part to rising levels of alcohol use.

These are some of the findings published by the World Bank and the IHME in a report titled The Global Burden of Disease: Generating Evidence, Guiding Policy – Europe and Central Asia Regional Edition, which covers the countries in Central and Southeastern Europe, the Western Balkans, the Commonwealth of Independent States (CIS), as well as Georgia, Russia, and Turkey.

The report is based on the Global Burden of Diseases, Injuries, and Risk Factors Study 2010(GBD 2010), a collaborative effort of researchers from 50 countries around the world led by IHME at the University of Washington.

Although communicable, newborn, nutritional, and maternal causes have decreased in number, health loss from these diseases still persists in certain countries across the region, such as in Azerbaijan, Kazakhstan, and Kyrgyzstan.

“The rapid shifts in disease burden place poor people in low- and middle-income countries at high risk of not having access to appropriate services and incurring payments for health care that push them deeper into poverty,” said Timothy Evans, Director of Health, Nutrition and Population at the World Bank Group. “The data in these new reports are critical inputs to the efforts of policymakers in countries towards universal health coverage that aim to improve the health of their people, communities, and economies.”

The World Bank commissioned the first GBD analysis as part of its World Development Report 1993. Earlier this year, IHME presented GBD 2010 findings in meetings hosted by the World Bank. Bank officials saw how the GBD analysis could be applied to the Bank’s work in specific countries and began working with IHME on six regional reports.

The report also identifies the leading causes of disability in the region. Mental disorders such as depression and anxiety as well as low back pain, neck pain, and other musculoskeletal disorders contributed most to increasing levels of disability throughout Eastern Europe and Central Asia.

“Fewer people in Europe and Central Asia are dying prematurely, but preventable risk factors such as poor diets, high blood pressure, and alcohol use are fueling increases in health loss from non-communicable diseases,” said Dr. Christopher Murray, IHME Director and one of the lead authors of the GBD study. “As people age and experience a range of health conditions, setting priorities to address these changing health trends becomes increasingly important.”

Murray and his co-authors also call on countries to address the leading risk factors that cause the most disability and premature death. Dietary risks, high blood pressure, alcohol use, smoking, high BMI, and physical inactivity were all leading risk factors that contributed to increasing levels of mortality between 1990 and 2010. Household air pollution, iron deficiency, and suboptimal breast feeding caused the most illness in children.

“Each country in Eastern Europe and Central Asia faces unique challenges brought on by changing risk factors,” said Heidi Larson, IHME’s Director of European Initiatives. “For policymakers, it will be critical to use these local data to develop solutions that work for each country while improving health in the region as a whole.”

In Eastern Europe and Central Asia, the top 10 causes of premature death and disability and percent change between 1990 and 2010 were:

* Low back pain: One per cent increase

In Eastern Europe and Central Asia, the top 10 risk factors for premature death and disability and percent change between 1990 and 2010 were:

* Alcohol use: 38 per cent increase

* Smoking: One per cent decrease

* Physical inactivity: percentage change unavailable due to lack of data 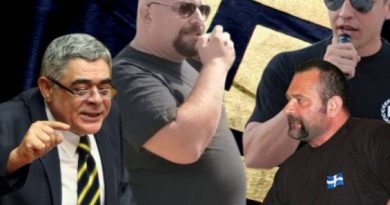 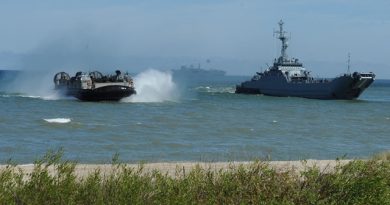