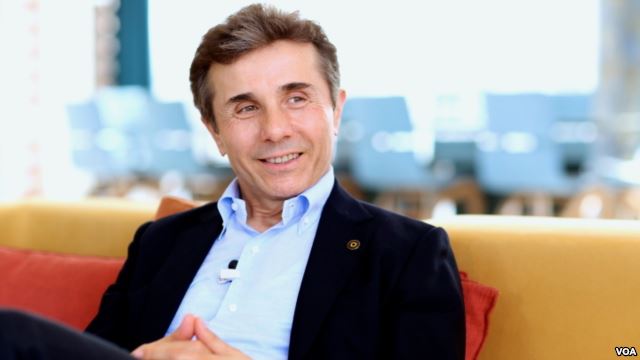 On the eve of the fifth anniversary of the war between Russia and Georgia, the prime minister of Georgia extended an olive branch to his giant neighbor to the north.

Speaking in Georgian, Prime Minister Bidzina Ivanishvili cited “nostalgia” between the two neighboring peoples as the reason for his belief that diplomatic relations between them will be restored.

Then, he broke official protocol by addressing VOA’s Russian listeners directly, in Russian.

During his 10-months as head of government, Ivanishvili has succeeded in persuading Russia to end its ban on imports of Georgian wine and bottled water.

Not giving up on Abkhazia, South Ossetia

In an essay in Monday’s Wall Street Journal, Ivanishvili tied normalization of relations to some sort of return of Georgia’s two secessionist territories under Tbilisi’s control: “Trade with Russia is being allowed to resume as a confidence-building measure, but we remain firm on the return of Russian-occupied Abkhazia and South Ossetia.”

Ivanishvili, who is also Georgia’s richest man, made his fortune in Russia. He spoke Monday at his estate on Georgia’s Black Sea, a park-like compound that is home to his private menagerie of zebras, peacocks and pink flamingoes.

Georgia braces for the anniversary Thursday of the August 2008 war, a conflict that ended with the defeat of Georgian troops.

After that election, Georgia’s new prime minister says he plans to step out of the front line of politics.

“At the latest, by end of this year, I will depart from politics,” he said. “But I will not leave the country. I will move to a harder and tougher place, which is development of civil society.”

No ‘selective justice’ against Saakashvili

Because of term limits, President Mikhail Saakashvili has to step down on October 31. The prime minister said that his political rival will be welcome to stay in the country – or go abroad.

“No one will hold him politically accountable,” the prime minister said. “As for prosecuting him – that is up to the court. And if it will happen and it will happen in the most clear and transparent way possible.”

Dozens of former officials of the Saakashvili government have been arrested since the transfer of power last October.

“There is no such thing as selective justice in Georgia today, but restoration of justice,” he said.

Western governments also have charged that Georgia has helped Iran skirt economic sanctions by allowing Iranians to set up dozens of front companies.

“When it comes to Iran, Georgia is, without deviation, closely and exactly following U.N. guidelines,” Ivanishvili said, referring to sanctions drawn up to try to force Iran to drop its nuclear program. “We are very cautious, and we only do what the international community does in relation to Iran.”

In June, Georgia re-imposed visa requirements on visitors from Iran.

While Georgia’s prime minister promised to step down in four months, he sounded like a man who planned to remain a political force for years to come.

Will Siderov be unhorsed? 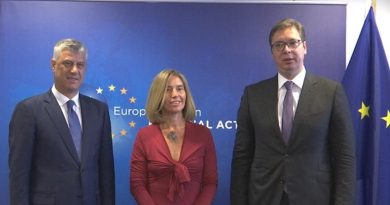 The price of normalisation: Serbia, Kosovo, and a risky border deal 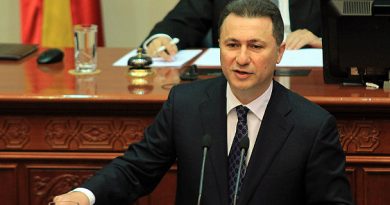