Deputies Friday rejected a resolution introduced by the opposition Law and Justice (PiS) party to refer to the massacres of Poles by Ukrainian nationalists in eastern regions of Nazi-occupied Poland in 1943 as “genocide.”

The lower house of the Polish parliament voted to use the term “ethnic cleansing with characteristics of genocide” to refer to the killings during World War II, which remain a highly sensitive issue in relations between Poland and neighboring Ukraine.

The resolution was most strongly supported by the conservative PiS and Solidarna Polska parties. In total, 212 deputies voted for the resolution and 222 were against.

Foreign Minister Radoslaw Sikorski, from the governing center-right Civic Platform (PO), argued against the resolution before voting took place. He said: “We may either escalate the definition and humiliate the Ukrainians, or do something which will help Ukraine integrate with the European Union.” 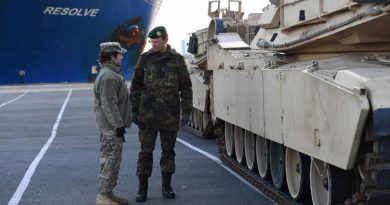