In its first statement on the political crisis in Bulgaria after three weeks of anti-government protests, trade union confederation Podkrepa said that the only way out of the crisis was to convene a Grand National Assembly – and threatened a nationwide strike unless state institutions comply with this demand.

In a media statement on July 7 2013, the 24th consecutive day of protests that have drawn many thousands of people to the streets of Sofia and other cities to demand electoral reforms and the immediate resignation of the Bulgarian Socialist Party government, Podkrepa said that Bulgaria was an in an “unprecedented” crisis.

The state was in decline and the administration was paralysed.

The country was seeing a confrontation that had built up in the past 23 years of painful transition that had led to unprecedented poverty, robbery, criminal behaviour, hopelessness, moral and spiritual decline and the displacement of the country’s young and intelligent people.

The only correct way out of the situation was for the President to request the convening of a Grand National Assembly and for electoral law reforms that would see 50 per cent of MPs elected by majoritarian vote, the trade union federation said.

According to Bulgaria’s constitution, a Grand National Assembly consists of 400 members elected in accordance with current electoral law.

The constitution says that a Grand National Assembly may decide only on the constitutional amendment bills for which it has been elected. 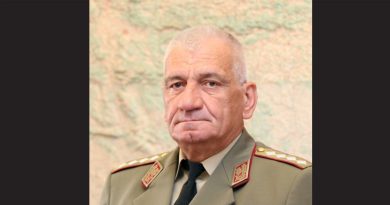