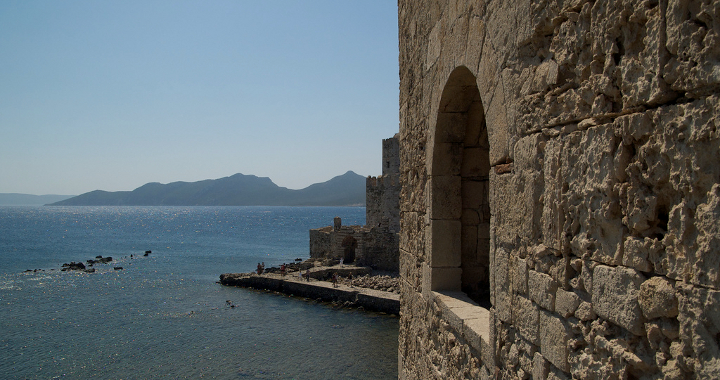 Two bodies have been recovered and a rescue for eight more sailors was underway after two cargo ships collided off the coast of the Peloponnese peninsula in Greece, Greek daily Kathimerini reported.

Piri Reis, sailing under the Cook Islands flag, sank near the island of Sapientza on the morning of April 29, after the collision with Consouth, a cargo ship registered in Antigua and Barbuda.

Piri Reis, which carried fertilise to Ukraine, sank in seven minutes; the other ship sustained only minor damage, Kathimerini said. The cause of the collision was not immediately clear, according to the report.

Piri Reis had a crew of 17, all of them Syrian nationals. Four coast guard boats, a helicopter and a C-130 airplane were involved in the rescue operation, the newspaper said.

(The island of Sapientza, in the background, as seen from Methoni fortress. Photo: isar21/flickr.com)

Process of changing signboards to ‘Republic of North Macedonia’ begins