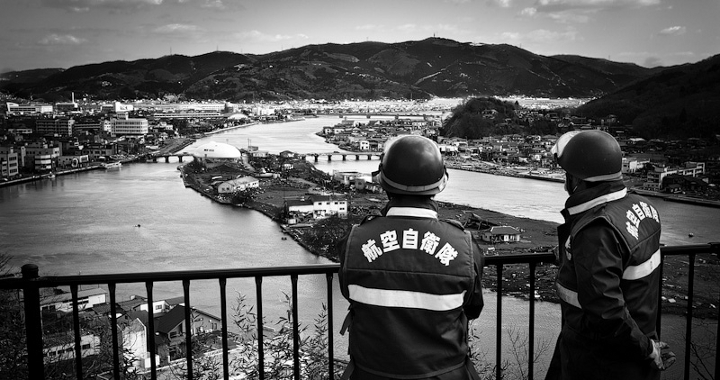 Japan has observed a moment of silence to mark the second anniversary of a devastating earthquake and tsunami that claimed nearly 19,000 lives and caused the worst nuclear accident since the 1986 Chernobyl disaster.

At a national ceremony in Tokyo Monday, attended by Emperor Akihito, Empress Michiko and other top government officials, attendees stood in silence at 2.46pm, the exact time the 9.0-magnitude earthquake on March 11 2011 off Japan’s northeastern Pacific coast.

Anti-nuclear demonstrations were also planned across Japan to call on the country to abandon nuclear power generation.

Efforts to rebuild the disaster-hit region have been slow. Figures show more than 300,000 people are still without a permanent home, many remaining in cramped temporary housing units.