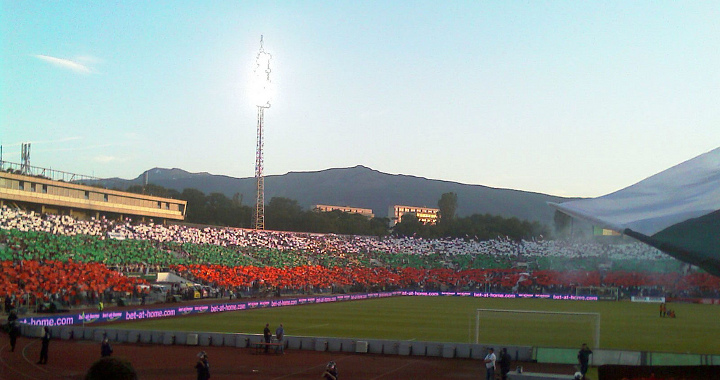 Bulgaria’s odds of hosting football matches as part of the Euro 2020 football championship have become a bystander victim of the ongoing political crisis in the country, the Bulgarian Football Union (BFU) said on February 22.

After reports in European media on February 21 said that Bulgaria would be submitting a bid to host tournament matches – an intention stated by BFU president Borislav Mihailov in December 2012 – BFU spokesperson Pavel Kolev said on February 22 that such a bid was now unlikely.

“We cannot submit a bid with Vassil Levski national stadium because it does not have elite status,” Kolev said, as quoted by Bulgarian news agency Focus. That could have been overcome with government support, but “given the current political crisis, it is highly likely that we will miss the deadline,” Kolev said.

The executive committee of Uefa, football’s governing body in Europe, is set to meet on March 28 in Sofia to discuss the criteria for host stadia. The deadline for submitting bids is expected to be in autumn 2013 and the 13 host cities would be picked next year.

In December, Mihailov said that Bulgaria met all other Uefa criteria, but did not have a fitting stadium. “Bulgaria certainly wants to host matches and I have lobbied [Uefa] for that. We meet all other criteria except for a stadium. But 2020 is far enough in the future, and we now have to find out what the [process] parameters will be,” he said at the time.

Acting Prime Minister Boiko Borissov, who resigned earlier this week, is a keen football fan and an amateur player for his hometown team, so it was expected that he would support any BFU efforts for Sofia to make the list Euro 2020 host cities.

Borissov’s GERB party, however, is far from guaranteed a win in the early elections, due most likely in April, and that made Bulgaria’s odds of hosting a Euro 2020 match significantly lower, despite Mihailov’s pull at Uefa as a member of its executive committee.