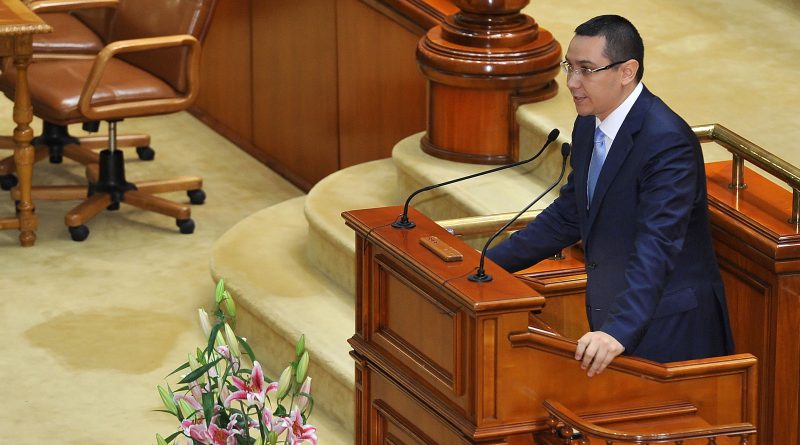 Romania’s prime minister-designate Victor Ponta announced the line-up of an expanded government on December 19, the same day that the country’s new parliament held its first session after the December 9 elections.

The cabinet announcement came after several days of talks inside the victorious social-liberal coalition, USL, which occasionally grew heated, according to reports in local media. Ostensibly, it has been increased to 27 members to mirror the structure of the European Commission, but the real reason was competing claims between USL’s two major parties for the same portfolio, the reports said.

To settle any incipient disagreement, a decision was made to split several of the large portfolios and create new ones – thus, the economy ministry was split into three, with separate ministers for industry and commerce, energy, as well as a minister in charge of small and medium-sized enterprises, business environment and tourism. The state administration (now coupled with regional development) was split from the interior ministry, and a new budget ministry has been set up separate from the finance ministry. There will also be a new ministry for large projects.

This division of portfolios has been criticised by local observers as an unnecessary bloating of the government apparatus at a time when Romania’s economy is showing only the first signs of economic recovery and might need to push more austerity measures to secure an extension of the current precautionary agreement with the International Monetary Fund, which expires in March.

The government will have 20 ministers, six minister-delegates and one deputy prime minister without a portfolio. The two key deputy prime ministers will be Social-Democrat Liviu Dragnea, also the state administration and regional development minister, and National-Liberal Daniel Chitoiu, also minister of finance (moving from the economy portfolio in the previous Ponta cabinet).

Foreign minister Titus Corlatean and justice minister Mona Pivniceru will retain their portfolios, with Radu Stroe (previously minister-delegate for state administration) nominated for interior minister and Liviu Voinea set to become minister-delegate for budget. Controversy could follow the appointment of Relu Fenechiu as transport minister, since he was faces trial on charges of corruption and abuse of power, having been officially indicted on 46 separate charges this summer.

The new government is expected to handily win confirmation in parliament, as USL has a two-thirds majority in the new bicameral legislature. Parliament held its first session on December 19, facing a busy schedule in the first several days, including the election of speakers and permanent bureaus of the two chambers, the constitution of parliament committees and the hearing of ministerial nominees, culminating with the investiture vote of the new government on December 21.

After the winter holidays recess, one of parliament’s first tasks will be discussing and passing the 2013 budget.

On the chessboard of the powerful, is Serbia a pawn?