The message in the European Commission’s five-year report on Bulgaria’s progress towards European Union standards in justice and home affairs is a familiar one – acknowledgment of progress in making laws, but a continuing need to “fill some key strategic gaps, and to ensure effective implementation”.

When Bulgaria and Romania joined the EU in January 2007, their inadequacies in fighting organised crime and corruption and in reforming the judiciary led to the two newcomer countries being subjected to a Co-operation and Verification Mechanism (CVM) to bring them up to the bloc’s standards in this area.

After five years, both countries will face continuation of this mechanism, after the EC found serious problems to be continuing and some of its earlier recommended fixes not yet implemented.

Bulgaria’s results against organised crime have been “limited” the EC said.

“Few important organised crime cases have received sentences and there have been several acquittals in important cases where evidence in public domain raised expectations of convictions,” according to the EC report, released on July 18 2012.

“Serious concerns must be raised regarding the poor results in uncovering contract killings: Of 33 contract killings monitored by the Commission since 2006, only four court cases have started, even if a number of investigations are still under way.”

A number of new contract killings have taken place this year, the EC said.

“In this context it is important to mention that the Commission regularly receives complaints from Bulgarian citizens and foreign investors about judicial inaction and alleged collusion with organised crime on local level.”

The Commission’s overall assessment of progress under the CVM since Bulgaria’s accession shows important progress in the basic legislative framework.

At key moments, the Bulgarian government has shown strong political will to achieve deep and lasting reform.The challenge now is to fill some key strategic gaps, and to ensure effective implementation, the report said.

The resolve in Bulgarian society to deliver the reforms overseen by the CVM has been “variable”: a more consistent implementation is needed to join together disparate actions, the Commission said.

“This more consistent direction of reforms would be the best indicator of the sustainability and irreversibility of the process.”

More progress could be seen in areas linked to Bulgaria’s co-operation with other EU member states against crime. This has led to a number of steps to specifically address crimes with a cross-border dimension, such as trafficking in drugs, the Commission said.

The weak results overall in the follow-up to individual cases cannot be attributed to a specific institution, according to the Commission.

“Analysis shows that weaknesses are to be found at all stages of the investigative and judicial process among police, prosecution and courts,” the EC said.

The Commission said that some of these weaknesses are of systematic character, notably the fragmentation of investigations among several bodies and shortcomings in co-operation, weaknesses in the use of evidence and specific shortcomings in area like witness protection and economic and financial analysis. Bulgaria needs clear and effective procedures and practices and better tools for co-operation to succeed in important organised crime cases, the report said

A comprehensive and independent assessment of case failures, with the support of EU partners, and corrective measures in the form of an action plan, seems the clearest way to make progress, the EC said.

The Commission’s report said that systemic failures in law enforcement were recently demonstrated after two prominent convicts escaped enforcement of their prison sentence. The Bulgarian authorities failed to apprehend some of the most senior criminals of the country after an announced verdict were handed down by court. “This must be seen as a major failure of the system”.

To maintain progress, the Commission invited Bulgaria to take action in the following areas, on the basis of recommendations designed to help Bulgaria to focus its efforts in preparing for the Commission’s next assessment of progress under the CVM at the end of 2013:

1. Reform of the judicial system

– Renew the Supreme Judicial Council with a mandate to undertake fundamental reform.

–  Establish and implement a medium-term human resource strategy for the judiciary, based on an analysis of needs and workload, with the changes in the structure of courts, recruitment and training.

– A new General Prosecutor should have a mandate to reform the prosecution in structure, procedures and organisation on the basis of an independent functional audit and in cooperation with external experts.

–  Set a target for the completion of work on the new Penal Code, and for its implementation.

–  Ensure the open involvement of all significant NGOs and professional organisations in defining and monitoring strategies for reform.

2. Independence, accountability and integrity of the judiciary

– Focus the work of the Inspectorate on integrity and judicial efficiency. Define a single, effective system of random allocation of cases for use nationwide.

– Ensure that the election of the General Prosecutor gives an example of a transparent, competitive process based on criteria of integrity and effectiveness.

–  Make transparency, objectivity and integrity the top priority in appraisals, promotions, appointments and disciplinary decisions for the judiciary.

3. Efficiency of the judicial process

– Establish a strategy for reducing the backlogs in publishing motivations for cases and analyse how to remedy this problem.

–  Close loopholes in the effective implementation of court decisions, such as absconding to evade prison sentences or failure to apply financial sanctions defined in court.

–    Adopt a strategy to improve legal consistency, including a proactive strategy by the Supreme Court of Cassation to identify and rule on areas of disagreement.

– Ensure that the new Asset Forfeiture Commission is appointed on the grounds of integrity, that other authorities, notably the prosecution, fully cooperate with its work; and that the Supreme Court of Cassation rules swiftly to preserve its authority if necessary;

– Carry out an independent analysis of case failures covering weaknesses in both investigation and prosecution including witness protection, economic and financial analysis, collection of evidence by police and cooperation between the judiciary and the executive.

– Use experience from past cases to improve the performance of police, the prosecution and courts.

–          Carry out an independent impact evaluation of Bulgaria’s National Anti-Corruption Strategy. Entrust a single institution with the task to coordinate the fight against corruption, to assist and coordinate the efforts in different sectors, report on the results of the anti-corruption strategy in all public bodies, and support a new independent monitoring system involving civil society.

– Amend the law on conflicts of interest to allow dissuasive sanctions to be effectively applied. Revise the asset declaration and verification system turning it into an effective instrument to detect illicit enrichment. 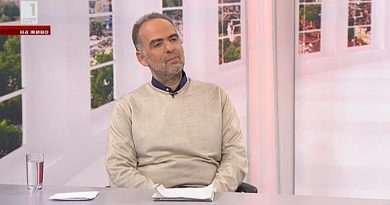