Turkish Prime Minister Recep Tayyip Erdogan is ratcheting up the pressure on Syria over the shooting down of a Turkish military plane on Friday. Addressing parliament Tuesday, he launched a stinging attack on Syria’s rulers, declaring the country “a clear and present danger” and warning Damascus of the “wrath of Turkey.”

“Any military element from Syria moving too close to the Turkish border that is deemed a security risk will be seen as a threat and will be a military target,” he said, announcing new rules of engagement for the Turkish army. “I am warning Syria it shouldn’t make any mistake and test Turkey.”

It remains unclear how Turkish military officials define “too close,” but analysts say potential for confrontation is high with Syrian forces increasingly moving closer to the Turkish border to curtail the smuggling of arms to the Free Syrian Army rebels.

In April, Syrian forces killed two people in Turkish territory while pursuing Syrian rebels. Until now the Turkish army has been under strict rules to avoid confrontation with Syrian forces. But the downing of a Turkish military plane Friday by Syria has changed that policy.

During his address, Erdogan reiterated that the plane was shot down without warning and over international waters, a claim disputed by Damascus. The Turkish prime minister said Syria will pay a high price, although he emphasized he is not looking for war.

“Turkey knows what it will do very well. We won’t fall into the trap of war provocateurs,” he said. “But we are not a country to sit by after the downing of our plane. We will keep our determination.”

Erdogan also said Turkey will provide full support to the Syrian people until they “are relieved of this dictator,” referring to Syria’s President Bashar al-Assad.

In Brussels Tuesday, NATO expressed its condemnation of Syria’s action and voiced strong support for Turkey.

Syria insists the F-4 Phantom jet was shot down inside Syrian airspace.

The plane crashed into the eastern Mediterranean and its two pilots are missing. 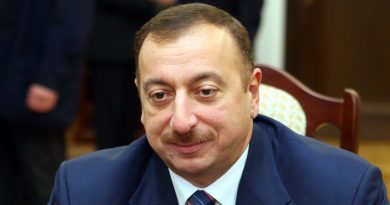