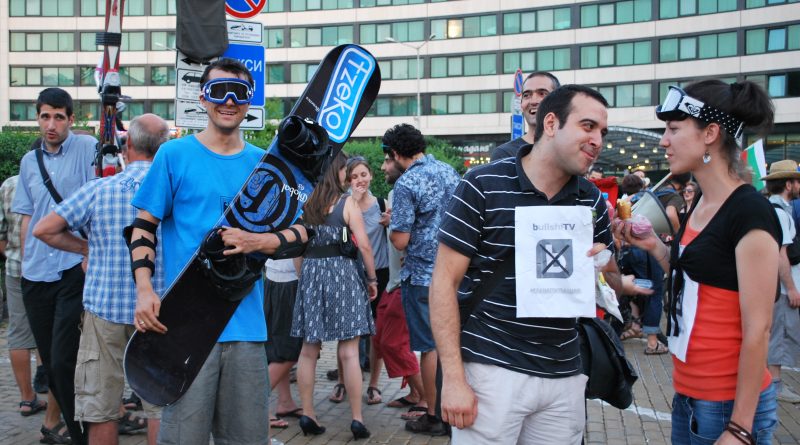 About 4000 ski and snowboard enthusiasts, hikers and supporters of President Rossen Plevneliev’s veto of the controversial amendments to the Forestry Act marched through central Sofia on the evening of June 20.

The march was once again promoted mainly via the social media networks, but unlike the rallies and traffic disruptions of the previous week, had a municipality permit, obtained by an association of skiers and snowboarders.

The march started in front of the National Palace of Culture (NDK), along Vitosha boulevard, stopping briefly in front of the Presidency before proceeding to the square in front of Parliament – repeating to a large extent (albeit in reverse) the route taken by an estimated 1500 people who marched in support of the Forestry Act amendments earlier the same day.

But where the earlier rally featured numerous large placards proclaiming which municipality the protesters hailed from and obvious talking heads brandishing their megaphones, the evening affair appeared much more relaxed and casual.

Answering the call on Facebook, many protesters in the evening rally carried ski and snowboard equipment, boots and snowshoes – an attempt to counter Prime Minister Boiko Borissov’s earlier claims that the amendments were in the best interest of winter sports enthusiasts – but also a variety of home-made placards, many of them familiar from the previous rallies, and national flags. Many people had come with their bicycles, children and dogs.

The marching throngs repeatedly invited onlookers and patrons of the sidewalk bars and cafes along Vitosha boulevard to join the march, but were often met with ill-disguised disdain or profound indifference, although some foreign tourists who witnessed the rally reacted by waving and cheering.

At the end of the rally, in front of the Parliament, representatives of the nature conservation NGOs who have been invited by Cabinet to present their views on the amendments said they were determined to hold on their position and vowed to continue with protest marches until the Government relents on the most controversial of the amendments – namely allowing the construction of “sports facilities and infrastructure” on state-owned forests.

Toma Belev, former director of the Vitosha Nature Park and member of the Zeleni Balkani organisation said that the proposals of both sides were to be uploaded on the website of the Parliament and called upon rally participants to make their opinion known by participating in the public discussion of the amendments.

The march was the latest in the series of rallies and flash mobs organised on social media against the proposed controversial amendments to the Forestry Act, which started on June 13, when Parliament passed the changes at second reading. After three straight evenings of protests, President Plevneliev vetoed the amendments, ushering in the latest round of discussion of the amendments between the Government, representatives of the environmentalist groups and the parliamentary committee on forestry and agriculture, which drafted the initial changes.

That bill in itself stirred controversy, as it was filed during the winter holidays and was not given the statutory period of public discussion mandatory for all legislation. Despite opposition from nature conservation groups, the bill was passed by Parliament, sparking the immediate reaction on June 13.

Following the presidential veto, Agriculture Minister Miroslav Naidenov berated municipalities in mountainous areas for failing to defend the amendments, which were meant, he said, to provide jobs for local residents. Just a day later, hundreds of people temporarily blocked traffic on the E-79 highway that links Sofia to the border with Greece, led by an MP from ruling party GERB.

Public perception of the pro-amendment rallies has been undermined by numerous media reports that the rallies were instigated by the Government and the protest on June 20 did little to dispel such perceptions – in reluctant interviews for various media, participants said they were not sure about the reasons of their protests, and in one case, a town hall employee said that she and her fellow protesters were told to attend and bussed in by the mayor. Others said they came because they did not want “the environmentalists to take the forests” and because they wanted “the forest to work”.

The more articulate protesters said that they hoped for tourist development in their regions, because they want their children to come back from abroad and work at home. Residents of the Smolyan region in the Rhodope Mountains went as far as demanding an airport.

Meanwhile, Bulgarians living abroad continued to show their support of the protests against the amendments by posing with various slogans in the streets (in London) or in front of world-famous sights (Machu Picchu) and posting the pictures on social media. 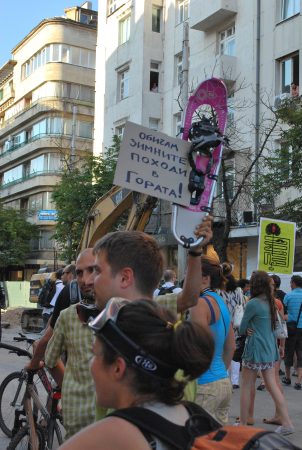 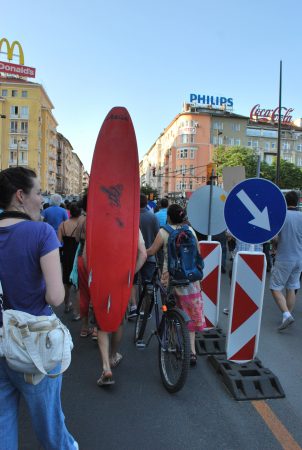 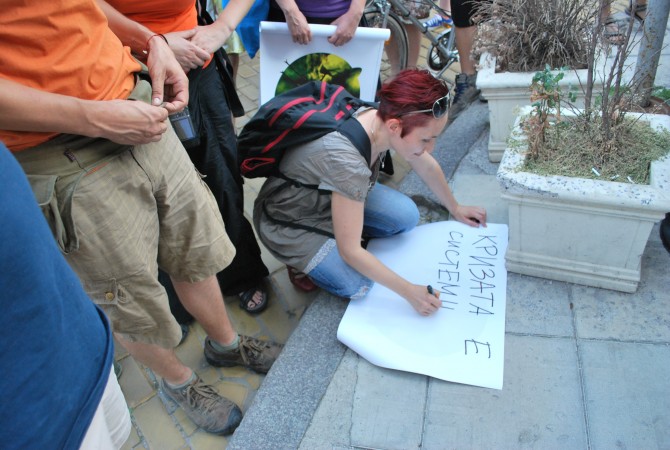 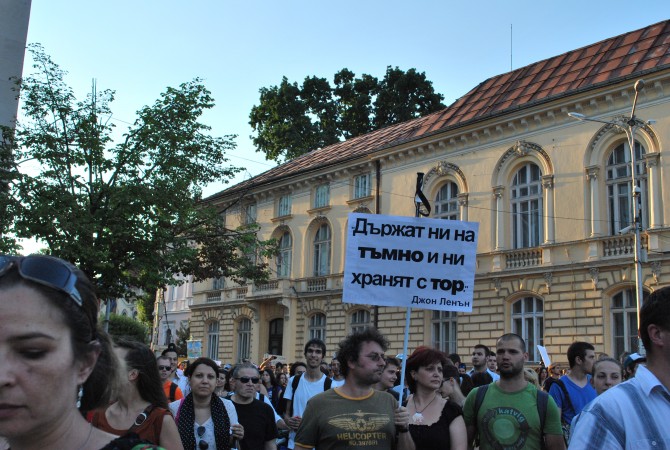 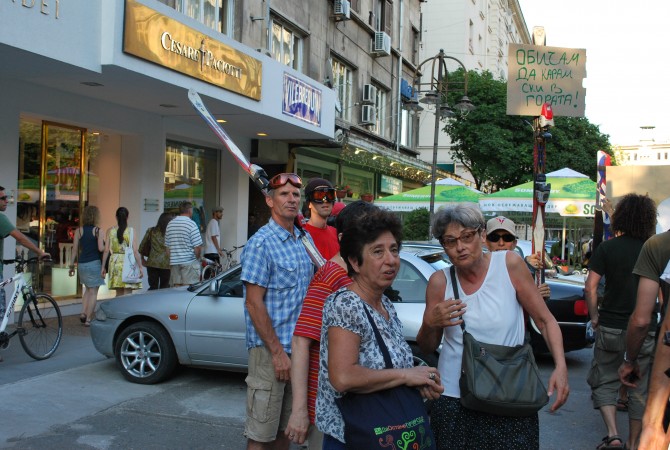 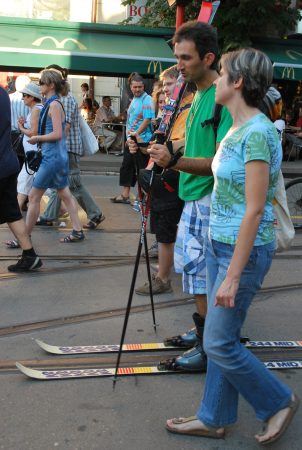 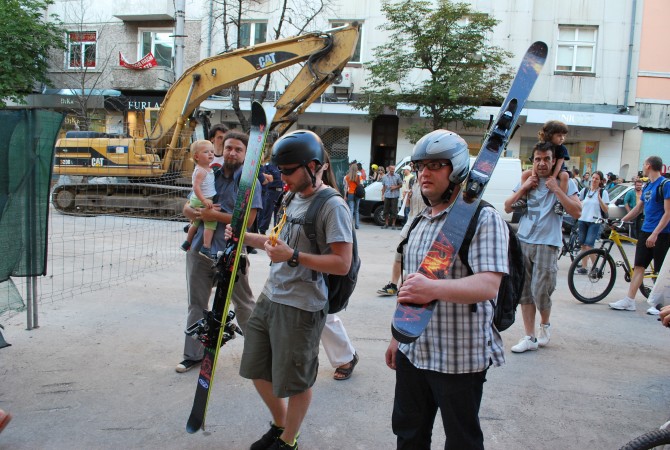 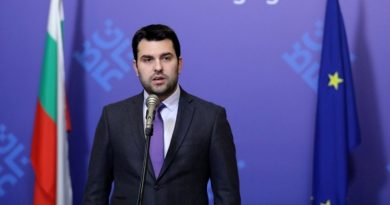