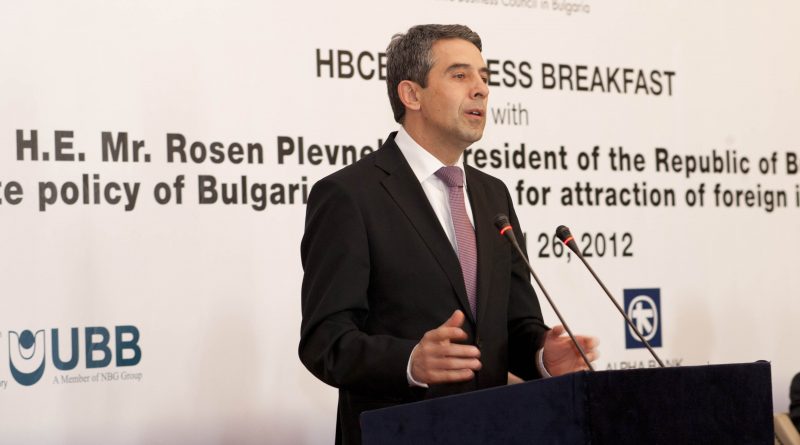 Bulgarian President Rossen Plevneliev vetoed on June 16 the controversial amendments to the Forestry Act adopted earlier in the week.

Parliament passed the changes on June 13, sparking an immediate outcry among nature conservationist groups and the general public, sparking protest rallies that blocked traffic on one of Sofia’s busiest intersections for three straight days.

Among the more contentious changes were provisions that allowed for the unregulated logging of small-scale and riverside forests, as well as a provision that allowed logging to proceed faster than the replenishment rate. The most controversial amendment, however, allowed resort developers to build sports facilities and infrastructure on state land without first obtaining change-of-land-use permits, a heavily-regulated, costly and time-consuming process. The new amendment would save developers tens of millions of leva in costs.

“The reaction of Bulgarian citizens against some of the provisions of the law shows that Bulgarian society has not achieved consensus on the rules for using, managing and ownership of agricultural land and forests. This reaction is justified, given the deficit of dialogue during the passing of the law,” Plevneliev said in a statement explaining his reasons for imposing the veto.

“Imposing one-sided decisions will not lead to the accumulation of trust, nor achieving the law’s targeted goals. Without the active participation of the civil society it is not justified to mandate rules that affect the long-term natural riches of Bulgaria,” the statement said.

Protesters congregating on Sofia’s Orlov Most intersection for three straight evenings repeatedly called for Plevneliev’s veto on the law. The prevalent feeling has been that the new law serves the interests of a small circle of resort operators who wish to expand their holdings into protected areas at no cost – the Cabinet has said that its intention was to preserve forests by keeping them state-owned, but the argument has failed to persuade the thousands that gathered to protest against the law.

Plevneliev said that he was in favour of creating a beneficial environment for economic development of ski resorts, which in one way or another are the main livelihood in many of Bulgaria’s less-developed mountainous areas, but said that this goal should be achieved in parallel with guarantees for environmental protection.

The veto did not affect only the controversial amendments, but the entirety of the law, requiring Parliament to vote all provisions anew. The presidential veto can be overcome by a simple majority in Parliament, which appears unlikely given the scale of the protests and Prime Minister Boiko Borissov’s recent statement that he was open to be swayed by arguments from the conservation groups.

It is not the first time this year that the Government has been swayed by protest rallies – earlier this year, the Cabinet backtracked on several issue, including permits for shale gas exploration using hydro-fracking and the signing of the Anti-Counterfeiting Treaty Agreement (ACTA).