Three successive investigations by the Bulgarian Food Safety Agency have confirmed dual standards in food products sold in Bulgaria and in other EU countries, and now the Consumer Protection Commission is to launch an investigation of its own.

This was announced at a news conference in Sofia on May 14 on the outcome of the tests done by the Food Safety Agency in 2017 and 2018.

At the beginning of 2017, 30 products from Germany and Austria were tested, with content analysis showing differences in seven of the products, some significant. Fifteen of the products were cheaper elsewhere in Europe than in Bulgaria.

A second set of tests at the end of 2017, involving 31 samples of six food products found significant difference in contents, while also there were large price differences.

A third investigation, carried out between February and April 2018, involved 51 samples from four countries. The Food Safety Agency found different composition in 13 products.

The Food Safety Agency expressed the hope that the Consumer Protection Commission would take steps against unfair trade practices.

The commission’s new study will include not only food products but also spirits, in an investigation to be paid for with EU funds.

Samples will be purchased from Portugal, Spain, Germany, Greece and Hungary, and testing will be carried out in accredited laboratories on a single methodology developed by the newly established Joint Research Center of the EC. The first results are expected in early 2020.

Members of the European Parliament voted on April 17 to approve a move against double standards when products which are marketed under the same brand in different EU countries differ in composition or characteristics.

The law clarifies how misleading marketing should be dealt with by national authorities. If certain conditions are met, such as marketing in different member states of products as being identical, significantly unjustified different composition or characteristics, the practice could be defined as a misleading practice and prohibited.

The text also includes a review clause requiring the European Commission to assess the situation within two years to see whether dual quality of products needs to be added to the blacklist of unfair commercial practices. 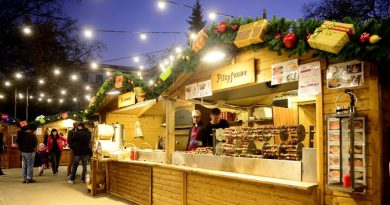