Leaders of the European Union meet in Brussels Thursday for a summit that follows a turbulent year for the 28-member group, as questions loom over the integrity and future of the organization.

Among the top challenges to be addressed at the one-day meeting in Brussels Thursday will be whether to continue sanctions against Russia over Ukraine, Europe’s migrant crisis, and Britain’s decision last June to leave the EU.

May to leave early

British Prime Minister Theresa May is scheduled to leave the gathering earlier than the heads of the other 27 member states, who will meet for dinner and an informal discussion on their views of Brexit.

May’s exclusion from the dinner was one of the first visible signs of the reality that Britain, the EU’s second largest economy, will soon no longer be a part of the bloc. In a statement, May’s spokesman downplayed what some observers interpreted as a slight against the British leader.

“The fact there is a meeting of the 27 reflects that we are leaving the European Union and, as we embark on that process, we have been very clear that while the U.K. needs to prepare for the negotiations, so too do the EU 27 and obviously a meeting in that format on Thursday evening, will give them an opportunity to discuss their approach,” the spokesman said.

On Russia, no surprises are expected. German Chancellor Angela Merkel and French President Francois Hollande earlier this week said they would support extending sanctions over Ukraine. This decision will come despite growing pressure among investors and energy interests in Europe, including within Germany itself, for sanctions to be rolled back.

The European Union has strongly condemned the Syrian government’s Russian-backed assault on parts of Aleppo. But analysts said it was unlikely that any new sanctions would be announced against Moscow over Syria.

A contentious issue at this meeting is the Netherlands’ stance on Ukraine.

Dutch voters in April turned down an agreement between the EU and Ukraine to strengthen political and economic ties between Brussels and Kyiv, a deal that many interpret as a first step toward EU membership. 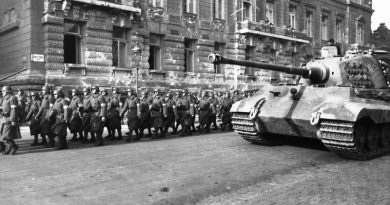