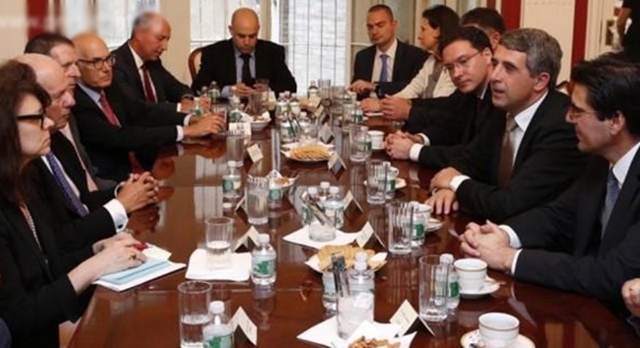 Bulgaria should speed up preparations for accession to the euro zone, otherwise it risks falling behind in the process of decision-making in united Europe, President Rossen Plevneliev said at a meeting in New York with Jewish organisations.

Plevneliev, in New York for the opening session of the United Nations General Assembly, held his traditional meeting with representatives of the global Jewish community on topical issues in Europe and the world, his press office said.

He said that after the UK’s Brexit referendum, the EU needs a new impetus to the process of European integration, to regain the trust of European citizens in the institutions.

Plevneliev and the representatives of the Jewish community shared their concerns about the increasing populism in Europe and internationally, the statement said.

The Jewish organisations expressed gratitude to Plevneliev for Bulgaria’s commitment in the fight against terrorism.

Covid-19: Bulgaria to receive its first Moderna vaccines on January 11