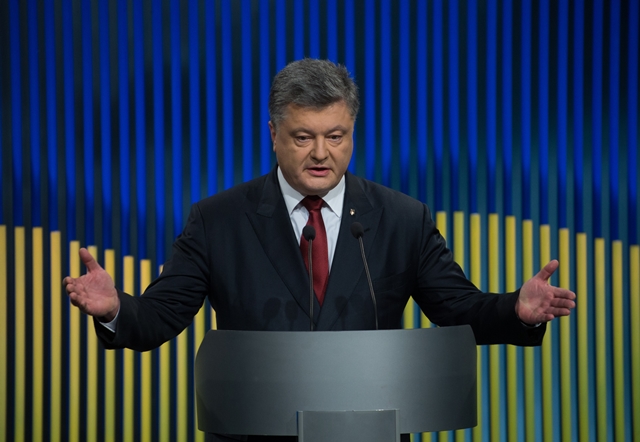 Speaking to lawmakers at the opening of Ukraine’s new parliament session Tuesday, Poroshenko said Kyiv had reached an unprecedented and very close level of cooperation with alliance members.

The cooperation with NATO will continue to increase, expand and deepen until Ukraine fully meets the membership criteria, he said.

Russian President Vladimir Putin has admitted his soldiers moved into the strategic Black Sea peninsula before the referendum took place, but has repeatedly denied backing the pro-Moscow insurgency in eastern Ukraine that has claimed nearly 10,000 lives since it began in April 2014.

Poroshenko has not set a target date for submitting Ukraine’s application to join NATO.

He has promised to hold a national referendum on the subject before his first term runs out in 2019. Poroshenko is confident the vote would garner enough votes in favor of membership.

Poroshenko has also aimed at applying for European Union membership by 2020.

Earthquake of 6.1 on the Richter scale shakes Crete