It is probably no surprise that the recent comments by U.S. Republican Party presidential candidate Donald Trump about the conflict between Ukraine and Russia, including Moscow’s annexation of Crimea, have not been well received by Ukrainian politicians and analysts.

In a television interview Sunday with ABC News, Trump said “the people of Crimea, from what I’ve heard, would rather be with Russia than where they were.” He also said that, if elected president, he would “take a look at” recognizing the Black Sea peninsula, which Russia annexed from Ukraine in 2014, as Russian territory.

In Kyiv, there was swift reaction to Trump’s comments.

Former Ukrainian prime minister Arseniy Yatsenyuk wrote Sunday on his Facebook page: “The United States is the leader of the free world. Without leadership and alliances, this world will be destroyed, by the Putins, Le Pens, Assads, Kim Jong Uns and dozens of other dictators, demagogues, populists. Americans deserve to have a responsible and reasonable president and commander-in-chief. It is difficult to overestimate the role of such a leader.”

“The free world needs unity and solidarity,” Yatsenyuk wrote, adding that “we cannot allow any verbal, political or practical adventure to undermine our shared values, paving the way for aggressors, dictators and terrorists.”

“What Donald Trump says today about Crimea, tomorrow can affect any other part of the world – Europe, Asia, and America,” wrote the former Ukrainian prime minister.

On Monday, Trump doubled down on his comments about Crimea, saying it was annexed by Moscow “during Obama’s watch,” and asking: “Do you want to have World War III to get it back?”

Yulia Tyshchenko of the Ukrainian Center for Independent Political Research, a Kyiv-based think tank, told VOA’s Russian Service that any attempt to recognize Russia’s annexation of Ukraine, and the Moscow-sponsored referendum on Crimea’s status which followed, is “dangerous” for global security.

“It is necessary not to forget that the so-called referendum was not recognized by anyone, and took place under the conditions of an occupation, without a hint of legal or legitimate monitoring,” she said.

Tyshchenko said recognizing Russia’s annexation of Crimea on the basis of that referendum would amount to recognizing an “Anschluss” – a reference to Nazi Germany’s annexation of Austria in 1938. The referendum, she added, also “generally ignored” the Crimean Tatars, who make up approximately 12 percent of the peninsula’s population.

Under Russian rule, Crimea’s Tatars have become victims of “repression” and “forced loyalty,” Tyshchenko said. More broadly, she said Trump’s comments about Ukraine and Crimea undermines the perception that the United States acts as a guarantor of rights and freedoms around the world.

Kyiv-based political scientist Peter Oleshchuk wrote on Facebook that he hears from people who say Ukraine should achieve its own victories, and that he feels the same way.  Still, he added that the situation in Ukraine is more complicated, given that the country “lost” the first 25 years of its independence, and that its elite continues to be hampered by a “deformed ‘post-Soviet’ mentality.”

“When people write to me, saying: ‘We do not care about the American elections’ and that we need to develop our state, army, navy and defeat the enemy on our own, I, in my heart, agree with this; and, of course, like every citizen of Ukraine, I dream about Ukraine being victorious on all fronts,” Oleshchuk wrote. “But I cannot but look at all this realistically. A realistic view tells me that all is not so simple.” 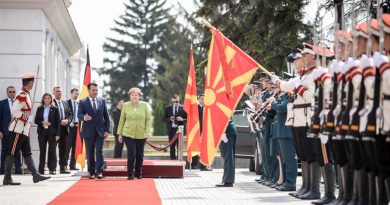 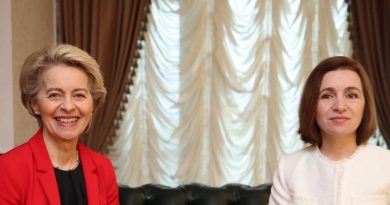