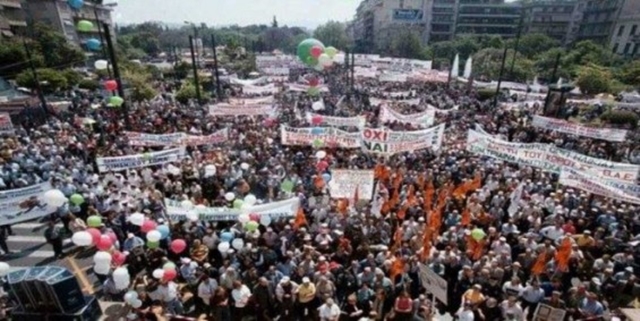 Thursday’s general strike called by the largest trade unions in the country, private sector workers union GSEE and public sector employees union ADEDY, will cause a nationwide “blackout” as everything will be brought to a halt.

Farmers – who will gather in Athens, bringing their mobilizations to the capital – will join in along with various professional groups including doctors, lawyers, engineers, teachers, pharmacists, scientists and more to protest the government’s social security reform plan.

Two separate marches to parliament are scheduled, one by the umbrella unions and another by the Communist trade union PAME. A march by a smaller group of traders and small business owners will also take place.

Meanwhile, blockades across the country by farmers will remain in place, with traffic halted along approximately 30 points of the national road network.

Farmer union representatives held a meeting in the northern city of Katerini on Wednesday to discuss the future of their mobilizations. They decided to reject the plan put together by Labor Minister Giorgos Katrougalos for social security reform and continue their protests and blockades.