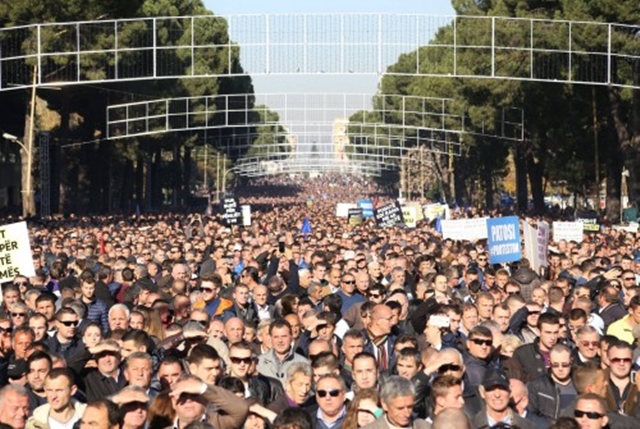 Some protesters threw stones, flares, eggs and paint at the main government building, partially damaging its entrance.  Demonstrators clashed with police, but no injuries or arrests were reported.  The opposition supporters then marched to a museum of the country’s Communist era, which is still under construction, and set it on fire.

Democratic Party leader Lulzim Basha said the protesters want the Rama government to be replaced by a temporary “technical” government that will prepare for new elections. “This is just the start of a season of protests that will stop when we achieve our goal,” he added.

Commenting on Facebook, Rama said it was sad to see the Democratic Party involved in a protest characterized by “miserable vandalism” on the National Day of Youth, commemorating the student protests held 25 years ago against the country’s then communist regime.

A NATO member, Albania is one of Europe’s poorest countries.  According to the World Bank, about 12 percent of the country’s population of 2.8 million lives below the poverty line, on less than $2 per day.

The European Union granted Albania candidate status last year to encourage the country’s progress in fighting corruption and organized crime, and establishing the rule of law.

Meanwhile, Albanian President Bujar Nishani chaired a conference in Tirana themed “Albania and Europe: 25 Years After the Fall of Communism.”

Rama told the conference that Albania should build its future using European institutions as a model.

Former prime minister Sali Berisha, a member of the Democratic Party,  said that if Albania’s Communist dictator Enver Hoxha and communist ideology were once the enemies, “today the two enemies are corruption and organized crime.”  He added only the opposition is capable of getting Albania out of the current situation.

Marking the anniversary of the 1990 student protests, U.S. Secretary of State John Kerry extended congratulations to Albanians on their National Day of Youth.

“This historic transition was championed by the brave leaders of the student movement, bolstered by the regular citizens who marched and demonstrated against the dictatorship, and aided by the courageous former party members who assisted in establishing popular rule,” Kerry said in a written statement.

He said the United States recognizes “the great strides Albania has taken over the past quarter century.”

In a congratulatory video message to the conference commemorating the fall of communism, German Chancellor Angela Merkel urged Albanian leaders to improve opportunities for the country’s young people to develop their talents.  She said Albania has significantly advanced during the past 25 years. 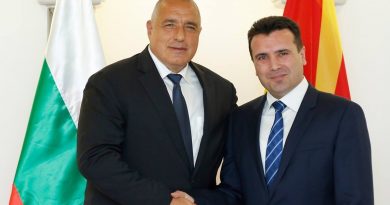