Iohannis made the announcement on November 10, after holding a second round of talks with political parties, at which the social-democrats – the senior partner in the majority coalition in parliament – had put forth deputy central bank governor Liviu Voinea as their preferred choice. Under Romanian law, the president must consult political parties, but is not bound by their suggestions.

Voinea, prior to his appointment to the central bank last year, served as minister for budget affairs in the Victor Ponta cabinet. Ponta resigned last week following large protests against the government, precipitated by a deadly fire in a Bucharest nightclub, although that was just the latest in a long list of grievances against him.

Ciolos served as European commissioner for agriculture in 2010/2014, as part of the second Commission of Jose Manuel Barroso, during which he oversaw efforts to reform EU’s common agricultural policy. Well-regarded both at home and in Brussels, he was seen as a strong candidate for a second term, but Ponta’s cabinet nominated Corina Cretu instead (allowing to increase the number of women in Jean-Claude Juncker’s Commission, while at the same time nominating a member of Ponta’s own social-democrats, rather than Ciolos, who is affiliated to the centre-right European People’s Party, but holds no party membership at home).

In announcing his nomination, Iohannis said that Romania needed a strong technocrat government and a prime minister of integrity, who was unmarred by corruption scandals. (Ponta, prior to his resignation, had been indicted on charges of document fraud, money laundering and accessory to tax evasion.)

Iohannis called on the major parties to clean up house and “not promote people suspected of corruption”. He said he expected Ciolos to hold the office of prime minister until the next parliamentary elections, due in late 2016.

Ciolos has 10 days to pick the members of his cabinet – reports in Romanian media, citing unnamed sources, said that he was given assurances that he would have a free hand and would not have to include members of political parties if he did not want to – and a government programme, which would be subject to a confirmation vote in parliament. 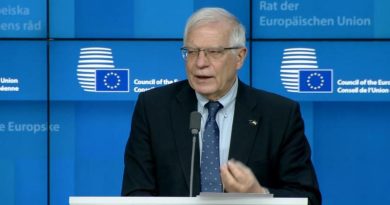