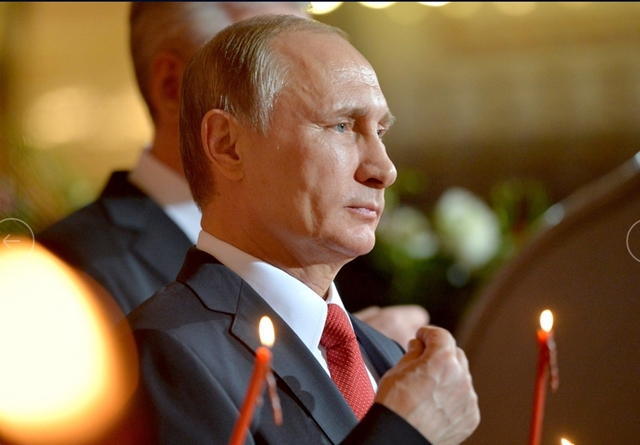 Russian state media are ramping up nationalism ahead of the 70th anniversary of “Victory Day” on May 9, preparing to air films and TV programs dedicated to the glory of Soviet heroes who fought and sacrificed for the defeat of Nazi Germany during World War II.

Bulletin boards with patriotic slogans and announcements of the anniversary have appeared throughout Moscow.

The Soviet Union suffered its highest casualties during the “The Great Patriotic War,” as it is officially known in Russia, with estimates as high as 28 million. This fact is played up in state media and by some politicians, but it was not a necessary loss or something to be proud of says Russian historian Andrei Zubov.

“They were not justified [and] too high, because of the bad defense organized by Stalin, by the communists, because our best generals and officers were destroyed [by them] during the pre-war years,” he said.

Moscow streets are being blocked by tanks, missile launchers and other military vehicles practicing for a grand parade through Red Square. Russia’s state media report some 15,000 troops and 200 pieces of military equipment will be involved, including a new state-of-the-art tank and howitzer. Parades across Russia this year are expected to total over 78,000 troops and almost 2,000 pieces of military hardware in 28 Russian cities. The Soviet tradition of showing off military power, which was toned down after the union collapsed in the 1990s, was restored in 2008 as part of a revival of Soviet symbolism under now President Vladimir Putin.

The parade also has great political significance, occurring little more than a year after Russian special forces helped annex Ukraine’s Crimean peninsula and began supporting rebels with troops and weapons, according to Kyiv and Western governments.

Zubov, a former professor at the Moscow State Institute of International Relations, was fired from his position last year for writing an article comparing Russia’s potential invasion of Ukraine with Nazi Germany’s annexation of Austria. He says the anniversary should be a day of mourning and paying respect, not for encouraging nationalistic fervor that overshadows Russia’s historic alliance with the West.

“Here a common person from the street doesn’t know much about the contribution of the West,” says Zubov. “They think that the victory was thanks to the Soviet Union. In many aspects the way history is taught in Britain and U.S. brings contrary results; there is little talk about the victories of Russia, among them Stalingrad, but generally most attention is given to the war in the Pacific, landing in Normandy — where the Americans participated. Englishmen speak about the Battle for Britain … a heroic page in the British military history. I think time has come — and as historian, I am trying to implement it in my books — to show a more objective picture of each country’s contribution.”

European and Western leaders who normally attend such ceremonies, including Germany and Soviet Russia’s World War II allies Britain, Ukraine, and the United States, have declined this year’s invitation because of the situation in Ukraine.

In a state-run TV call-in show this month, Putin claimed the U.S. was treating nations as vassal states, and dictating that European leaders not attend ceremonies even though, he said, some wanted to.

Zubov says their reluctance is understandable.

“Today the government of Russia [has been] an aggressor in Ukraine for over a year,” he said. “It annexed Crimea, leads the war in Donbas, arranges divisive actions and terrorist acts in other cities, and it is morally unbearable for Western leaders to come to the aggressor-country and [jointly] celebrate” military triumphs decades past.

Kremlin spokesman Dmitry Peskov on Thursday told reporters that 30 heads of state, prime ministers, and leaders of international organizations are expected to take part in events in Moscow to mark the anniversary, including Chinese President Xi Jinping. North Korean leader Kim Jong Un was expected to attend in what would have been his first trip outside his country, but Peskov said he cancelled due to “internal Korean issues.” South Korean media speculated on political upheaval in North Korea, reporting that the 30-something autocrat executed some 15 North Korean officials in efforts to maintain his dynastic grip on power.

Zubov says Russia was increasingly left with authoritarian regimes as Western nations turned their back on Moscow. “Right now Russia, China, North Korea and a number of countries adjoining them create an anti-liberal, anti-Western, anti-democratic pact, and this is alarming,” he said. “I hope though that the processes in Russia are such that this fact won’t be formed and Russia will turn to the way of ties with the West.”

But while Russia plays up Soviet traditions, Kyiv is breaking away from Soviet symbolism in favor of European-style commemorations.

Ukraine added May 8 as “Victory in Europe Day,” as a national holiday day of reconciliation for those who fought the Nazis as well as the Soviets. Ukrainian leaders have also begun referring to “The Great Patriotic Victory” simply as “World War II.” 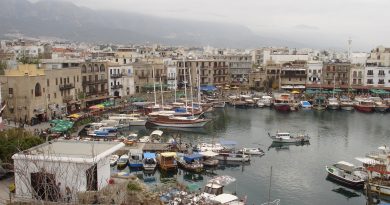 War of words in Cyprus over extended and Sunday working hours 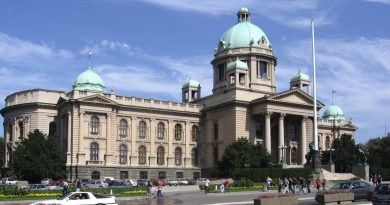