As Bulgaria waits to see just when the Bulgarian Socialist Party government will resign, there is another question – on June 14, will anti-government protesters be celebrating victory or still campaigning?

The coming Saturday’s #DANSNoMore protests have been scheduled to mark the first anniversary of the day that many thousands of Bulgarians took to the streets in protest against the election by the National Assembly on June 14 2013 of Delyan Peevski as head of the State Agency for National Security.

That appointment, made with the votes of the BSP and its ruling axis partner the Movement for Rights and Freedoms, was the catalyst for several months of street processions – mainly in Sofia – demanding the resignation of the government and fresh parliamentary elections. 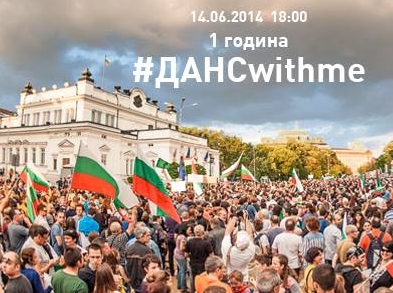