Pro-Russian separatists in eastern Ukraine are planning to disrupt the country’s presidential election scheduled for May 25, but Ukrainian officials maintain that the polls will be held.

For the separatists, it was easy. Just nine gunmen marched Wednesday into Donetsk’s main election commission office and declared they were seizing it. With the exception of Ukrainian military barracks, separatist fighters are able to grab most buildings they want in Donetsk province.

The police will not stop them; many apparently support the separatists. Others are waiting to see whether the separatists or the government in Kyiv will prevail in the tug of war for Donetsk and its neighbor, Luhansk. Meanwhile, the Ukrainian military is stretched thin.

Luhansk separatist leader Valery Bolotov said on the eve of last weekend’s secession referendum that people in east Ukraine do not want to participate in presidential elections.

The Kyiv government and Western powers have denounced the referendums on secession in Donetsk and Luhansk.

Separatist leaders have insisted they will stop election voting from taking place in the east of the country.

For Kyiv, the presidential election is crucial. It will be the first since pro-Western protesters ousted the Moscow-backed government of Donetsk native Viktor Yanukovych, and it represents a chance to stop the fracturing of the country.

Opinion polls indicate the interim government is unpopular across Ukraine.

In one survey, more than half of respondents across the east said they thought it was an illegitimate administration. The gunmen who marched into the election commission office ordered all workers to leave, saying the election was illegal.

Serhiy Taruta, the official regional governor, said Kyiv is not losing control of Donetsk oblast, a province with 4.3 million people – 10 percent of Ukraine’s population – and much of its heavy industry.

Taruta said most institutions, offices and factories across Donetsk are functioning normally and that plans to decentralize power will eventually help to weaken the separatist insurgency.

Ukrainian officials insist the election will proceed, except in the flashpoint town of Slovyansk, a hundred kilometers north of Donetsk. That town is totally controlled by the separatists. There are plans for its residents to vote in the neighboring and larger town of Kramatorsk.

But on Wednesday, separatists kidnapped the head of the local election commission there – the third election official from the town to be abducted this month.

Election security is likely to pose an increasing challenge to the government.

Foreign election advisers expressed alarm weeks ago, telling VOA that the government was not anticipating the problems and had not drawn up security plans for the polling stations or for local officials tasked with overseeing the voting.

The advisers spoke on condition of anonymity, as they were not authorized to speak to media. They are anxious also about the security of storage facilities for the ballot papers.

Recent opinion surveys suggest 85 percent of Ukrainians will turn out to vote on May 25 in what the U.S. ambassador to Ukraine has described as “the most important election in the history of independent Ukraine.”

But if the election fails in the east of the country, it may only aggravate the crisis. 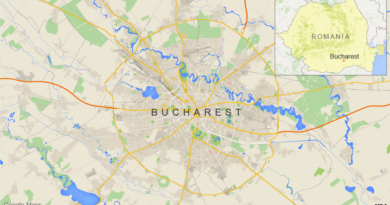